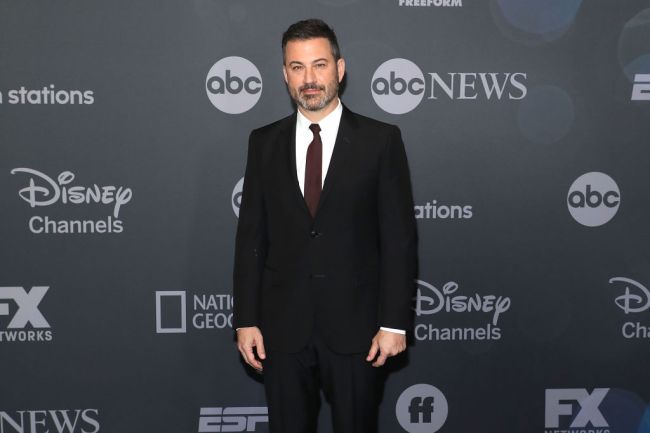 Logan Paul has officially made it now that obnoxious late-night hosts and writers are inserting his name into opening monologues. Jimmy Kimmel is the latest, but certainly won’t be the last, to try to get a laugh out of their audience by joking about the Paul brothers.

Kimmel didn’t just joke about Paul or bring up the many mistakes he’s made in the past, he went ahead and lumped him in with Donald Trump calling them “the very worst people in the world.”

For context, Kimmel was talking about Trump recently co-hosting the Evander Holyfield-Vitor Belfort fight. He weirdly lumped Paul into the joke because he’s been boxing recently.

Here’s the full, not all that funny joke:

“Who would pay to listen to Trump BS his way through a boxing match?” Kimmel joked. “Between Logan Paul and Donald Trump, boxing is once again the top source of income for the very worst people in the world.”

As someone who lives on the internet, Paul of course saw the monologue from Kimmel and was quick to respond on a recent episode of his podcast. It’s worth noting that Paul was a guest on Kimmel’s show back in 2017 and even opened up about losing “15 percent” of his left testicle.

“I’m upset with Jimmy Kimmel, dude, for real…[Kimmel] went on his show recently and made a joke, he said me and Donald Trump are the worst people on earth,” Paul explained.

“You f–king asshole, Jimmy Kimmel. Honestly Jimmy, f–k you bro. I’m not…f–k that. How are you about to invite me on a show, and have like a cordial, friendly, familiar relationship, and then a year and a half later…f–k you Jimmy Kimmel, why now?”

Logan Paul is disappointed Jimmy Kimmel destroyed him and is now in his feelings 🥺 pic.twitter.com/XPk8OHEmAn

Jimmy Kimmel Responds To Logan Paul With A Lame Joke

With the ball back in his court, Kimmel and his writers simply couldn’t let the ‘feud’ die off and showed the clip during the late-night show. Then, the 53-year-old Kimmel responded to the 26-year-old Paul with an unsurprisingly lame joke.

“Ah, come on now, had I known you fondly called me JK, I never would have said any of that stuff. I’m sorry LP,” Kimmel said.

“I hope we can be bros again, dude, I really do, and I’m sorry about your testicle,” he said, referring to one of the stories Logan told when he appeared on the show, “I forgot about that. You know what? To make up for it, I’m gonna give you one of my testicles.”