New Photo: Joaquin Phoenix As The Joker Looks Like A Birthday Party Clown Who Smells Like Marlboro Reds 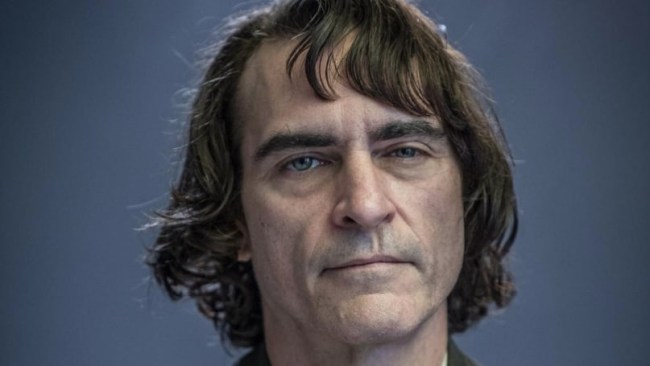 Three-time Oscar nominee will take his best shot at portraying one of the most malignant villains in film history in the Todd Phillips-directed (The Hangover, Old School) origin story movie simply named Joker. Phoenix will be the seventh actor to portray the Joker, to varying degrees of success (Heath Ledger: one of the greatest performances in modern film, Jared Leto: left a lot to be desired).

The movie, which will hit theaters in October 4, 2019, will follow Arthur Fleck’s journey as a failed stand-up comedian in the 80s who is driven insane and morphed into the psychopathic killer we’ve come to be enthralled by. It is said to take its cues from cult classic film The King of Comedy.

Last week, director Todd Phillips and Warner Bros. posted a video of Phoenix as The Joker with his face painted as the The Ace of Knaves. Phillips claims he released his interpretation of the Joker solely to combat the several paparazzi on set who have posted tons of pictures and videos of the film already.

Be on the lookout for the official trailer.