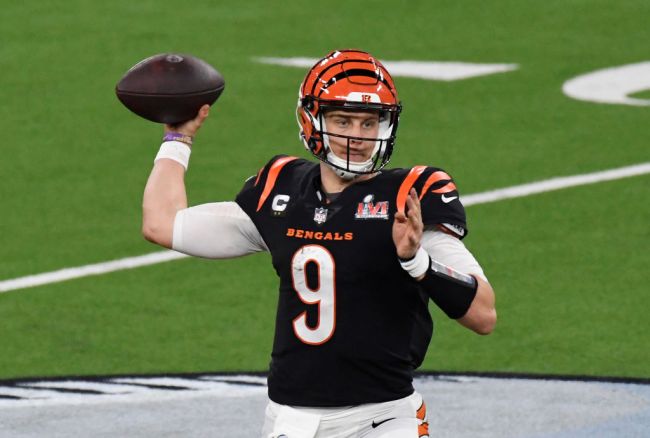 It might not seem like it’s even possible now, but there was a time when it didn’t seem like Joe Burrow’s football career would pan out. Burrow was buried on the quarterback depth chart at Ohio State and struggling with his lack of playing time.

In an interview with Chris Simms, Burrow discussed the struggles he was going through at the time and revealed that he had actually considered becoming an investment banker.

“There were times where I started updating my resume, thinking about being an investment banker.” Yes, even Joe Cool has doubted himself at times. See my full interview with @JoeyB here: https://t.co/2gVutXBHxV pic.twitter.com/kixwAIOE4l

“I was putting in the same work that I always put in, but I wasn’t playing. Of course, there was self-doubt in that moment. I mean, when you don’t play for three years – you’re putting in the work, you feel like you’re practicing well and can go out there and make plays but you don’t get the opportunity to show what you can do – it’s frustrating. There were times where I started updating my résumé, thinking about being an investment banker.”

It seems safe to say at this point that Burrow made the right call sticking with football. After barely seeing the field in his 3 seasons at Ohio State, he transferred to LSU and made history.

In Burrow’s first season, he led the Tigers to a Fiesta Bowl win and then in year two he took over the college football world. That season, he set a ton of passing records and led LSU to a national title.

That season convinced the Bengals to spend the top pick in the NFL Draft on Burrow and they have already been rewarded for that decision.

At least his financial education will come in handy as Burrow manages the insane amounts of money he’s sure to make during his NFL career.