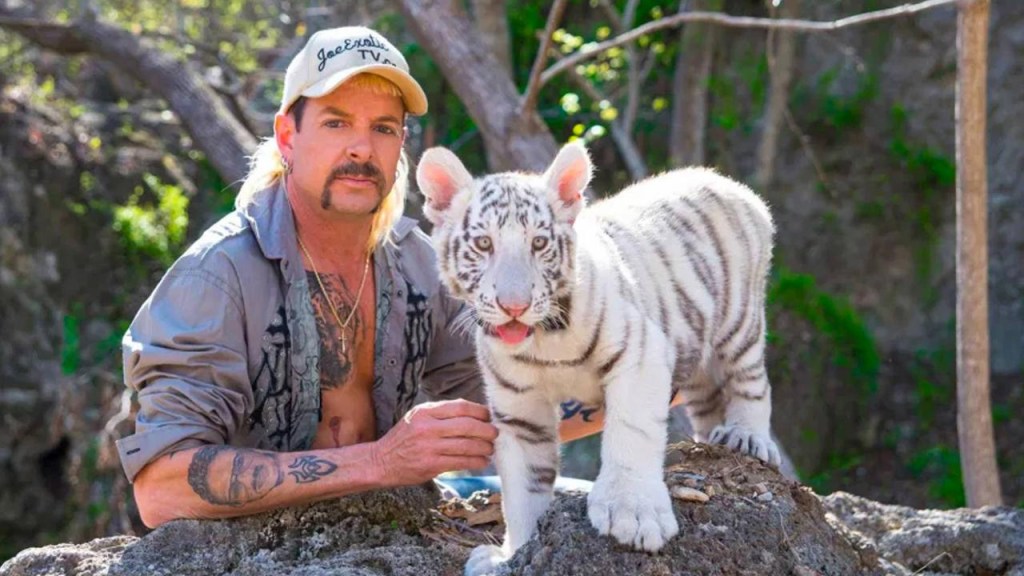 There have been reports circulating for days that the President plans to issue ‘around 100 pardons and commutations’ on his final day in office. It’s sure to be a mixed bag of people who receive the pardons. Lil Wayne has been trending on Twitter for days with tens of thousands of people assuming Dwayne Michael Carter, Jr. will be the recipient of a presidential pardon. That’s right, a Joe Exotic pardon is a very real possibility.

Elsewhere, Joe Exotic is so confident that he’ll be receiving a presidential pardon that he’s already queued up a pickup truck stretch limo and has it locked and loaded to pick him up from prison if and when the word comes through that Joe’s a free man. I’ll be honest, I haven’t spent a passing second thinking about Joe Exotic since Tiger King hit Netflix back in March at a time when the entire nation was stuck at home and had nothing better to do than watch that show.

Based on these reports, it sounds like we’re on ‘Tiger Watch’ all day. Team Tiger is signaling that they know something the rest of us don’t. He previously reached out to Kim Kardashian to ask for help with a pardon.

Just got off the phone with the lead advocate for “Team Tiger,” the legal team fighting to free Joe Exotic. He told me they are “absolutely confident” they will receive a pardon from President Trump tomorrow. @koconews

I’m told this is the limousine that will be waiting to pick up Joe Exotic if he receives the pardon tomorrow.

The lead advocate of Team Tiger tells me they’ll be taking him to a secure location. He says Joe doesn’t want anyone to see him until his hair his done. @koconews https://t.co/SICtee1AIl pic.twitter.com/AZATiyleig

"I am absolutely confident that we are going to receive the pardon tomorrow."

Tonight I spoke to the founder & leader of the group working to get Joseph Maldonado-Passage out of prison. He believes President Trump will issue a pardon for Joe Exotic tomorrow pic.twitter.com/MxUqf96Ta2

Joe’s currently serving a 22-year sentence after he was found guilty in a murder-for-hire plot against Carole Baskin. His team filed for the pardon back in September. Usually, presidential pardons are passed out to somewhat deserving recipients and/or people with close relations to the president. But nothing about the past year has been normal and at this point in time I legitimately wouldn’t be shocked if Joe Exotic, real name Joseph Allen Schreibvogel, receives a presidential pardon on Trump’s last day in office.

Joe maintains his innocence and has told KTUL News that he was ‘railroaded and betrayed’ by others. Anyone who watched Tiger King and the follow-up TV specials could make their own assessments of what happened. And he was found guilty. I guess we won’t have to wait super long to find out if Joe Exotic receives a pardon and leaves prison in that outrageous limousine.