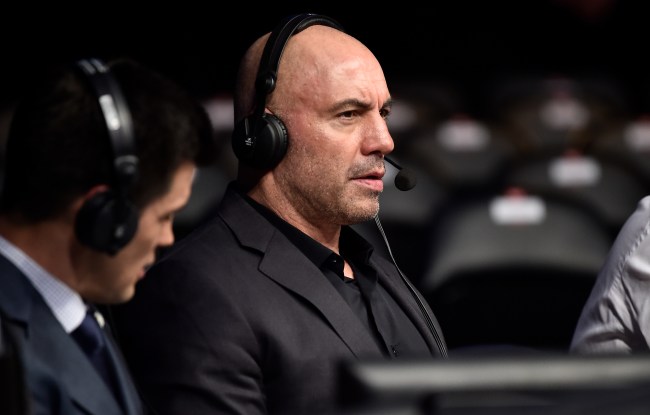 The Joe Rogan Experience podcast has officially moved to Spotify in a reported $100 million deal but it seems that not all of his episodes made it to the streaming platform.

On Monday, fans of the JRE podcast noticed that dozens of past episodes with controversial guests are missing from the new Joe Rogan Experience channel on Spotify.

Other interviews with comedian Chris D’Elia, who was recently accused of making sexual advances towards underaged girls, were also missing. The infamous episode where Joey Diaz brags about coercing female comedians for stage time didn’t appear to make the cut either. 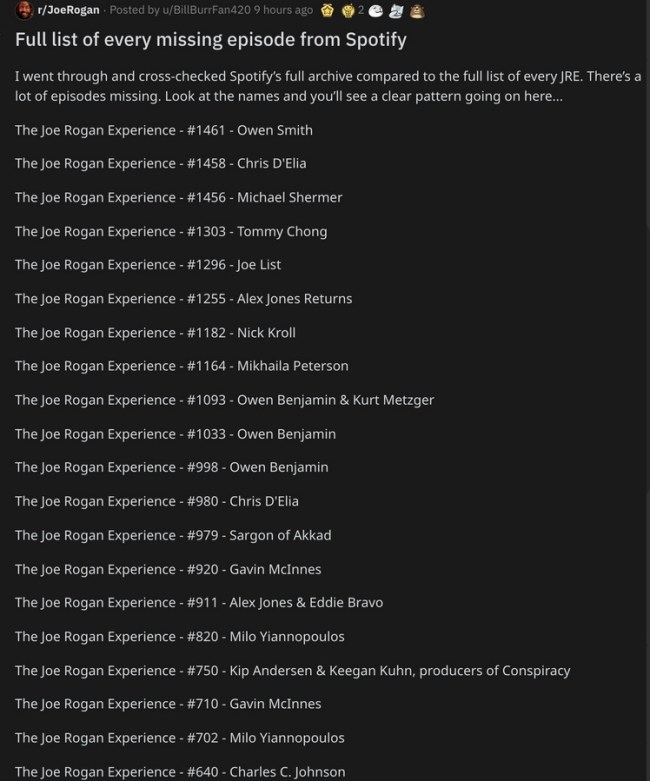 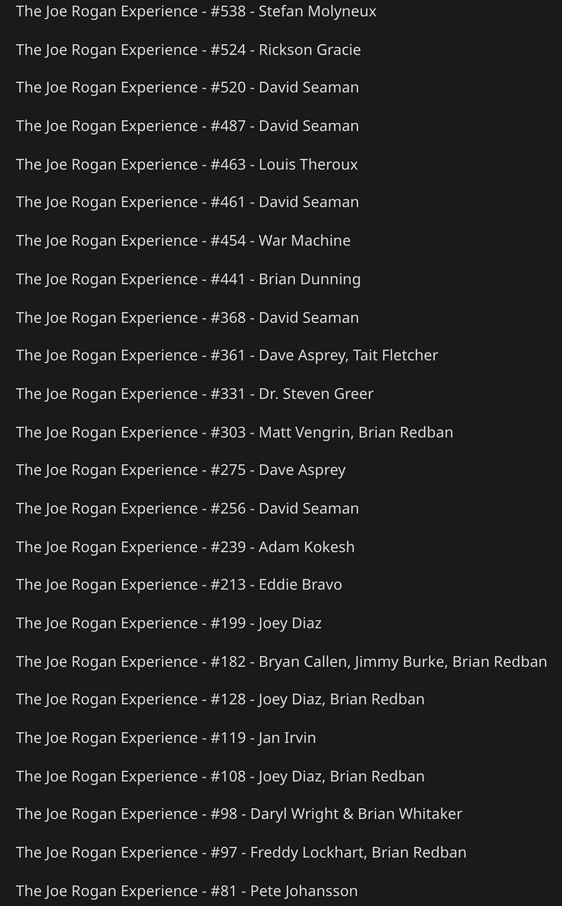 Fans who thought Rogan was going to be given more freedom on the platform were not happy about the missing episodes.

Joe Rogan's podcast is moving exclusively to Spotify after signing a $100M deal, and his fans are not happy about what episodes are being left behind during the transition pic.twitter.com/SSwoSX58GM

Spotify takes Joe Rogan live on its platform, but deletes most of his right-wing guest episodes.

It's so obvious we're under attack at this point. https://t.co/Joop5b8AMM

Yo @joerogan wtf is this shit? I thought part of the deal with @Spotify is that they wouldn't censor you? Where is Alex Jones and many others? pic.twitter.com/ANACkHGa1j

Hey @Spotify, why are the Alex Jones episodes of @joerogan mysteriously missing???? pic.twitter.com/5U61kvZS6H

Cant really blame Joe Rogan for signing a multimillion $ deal with spotify that would exclude podcast episodes ft. Alex Jones. I mean, if YOU already had tens of millions, wouldnt you sell out your decades long friend for a few dollars more?

JOE ROGAN
Nobody tells me what to do or say.

JOE ROGAN
What do you want me to do and say? https://t.co/2SSprsDvzz