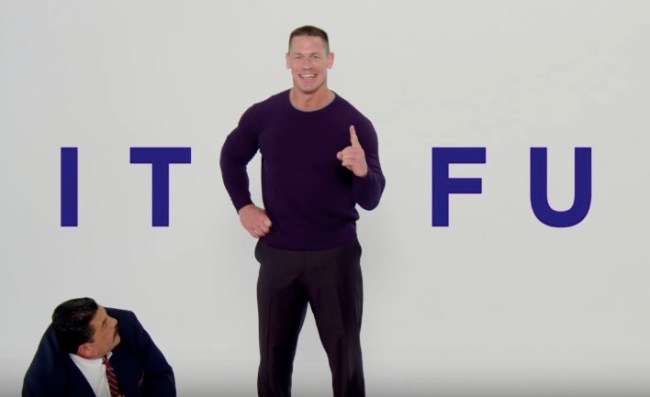 John Cena has been hitting the press circuit unbelievably hard this week. He’s got a movie, Blockers, coming out on Friday and WrestleMania 34 is on Sunday. Somewhere in between all of the media madness, John Cena took time out of his day to film this powerful PSA which seeks to combat a driving epidemic we’ve all dealt with at some point or another.

I live in one of the oldest counties in America (Sarasota, Florida), where the median age is expected to be older than 54.5 after the next census. It’s also a ‘Snow Bird’ destination with Casey Key, Siesta Key, and Longboat Key causing the population to quadruple in the colder months of Fall/Winter/Spring as elderly people flee from the snow.

I lose my mind in traffic at least once a week but it typically happens more frequently than that. This John Cena PSA hit home and I’d like to thank him for filming it. Now, if he could film another PSA for the absolute scum of the earth who squat in the Left Lane on the highway and drive 70 MPH to block anyone from passing/going faster I’d be grateful. There’s nobody worse on the road than the asshole who crowds the passing lane and drives slow so nobody can get by.