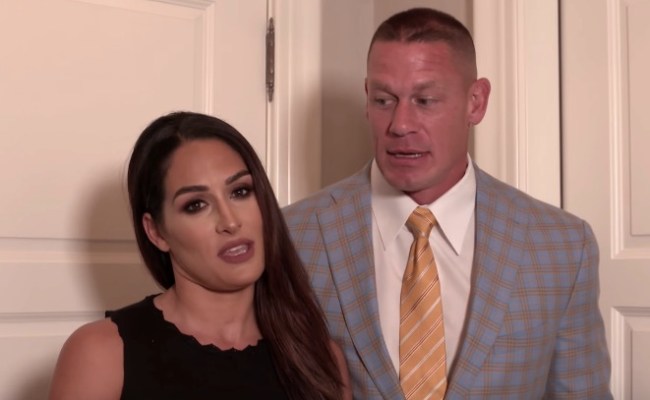 John Cena is one of, if not the, most generous celebrities of our time. The WWE wrestler and actor has granted well over 400 Make-A-Wish dreams for Arizona children with life threatening illnesses and has donated millions. Make-A-Wish spokesman Josh deBerg called him “one of the kindest people I’ve ever met.” The 40-year-old also bought a house for his family and covered his brothers medical bills after doctors found a brain tumor years back.

Cena is so free-handed with his genosity and money, except when it came to his love life. The 13-time WWE champion recently broke up with WWE’s Nikki Bella just weeks before the two were set to get married. It’s not clear what went wrong with the couple’s six year relationship, but it’s easy to point to the 75-page contract Cena made Bella sign before she moved into his Florida home in 2013 as a red flag.

The agreement, which was documented on an episode of the E! reality series Total Divas, dictated that Bella would have to leave Cena’s home with her belongings ASAP if the two broke up. To add insult to injury, Cena referred to his then girlfriend in the documents as his “guest.”

Here’s a quote from the doc: “I do not want there to be any misunderstanding regarding your presence at the home as my guest. In the event that I ask you to vacate the home, you agree to immediately vacate the home and remove any and all items you have brought into the home as soon as possible.”

It should be noted that at that time, Cena made it clear to Nikki that he did not want to get married again or have children–Cena married his high school sweetheart in 2009 and divorced in 2012. But, Cena changed his views and proposed to Bella at WrestleMania in April of 2017.

Here’s John talking to Nikki about the contract back in 2013. Awkward.