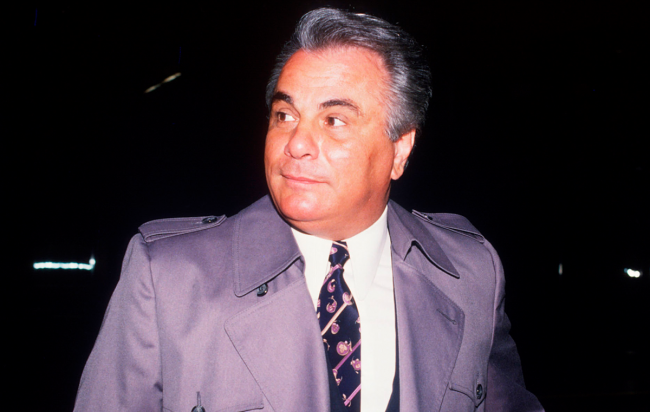 It’s safe to say the United States has a bit of a complicated relationship with organized crime and there’s perhaps nothing that highlights that slightly thorny link better than how many people view the various mob syndicates that have captivated the nation for decades on end.

Shows like The Sopranos and a sizeable chunk of Martin Scorsese’s oeuvre have explored the fascinating underworld most commonly associated with the members of the Italian-American mafia, and while it doesn’t take a genius to realize those works aren’t exactly a ringing endorsement of a lifestyle rooted in crime, that hasn’t stopped plenty of people of focusing on the more glamorous aspects as opposed to, you know, worrying about being gun down at any time and knowing there’s a chance your car might explode whenever you start the engine.

John Gotti managed to avoid suffering those fates during his meteoric rise to the top of the Gambino crime family, an ascension that began when he was a teenager in Queens and concluded when he was named the boss after orchestrating the murder of Paul Castellano in 1985. Unlike his predecessor, John Gotti wasn’t a huge fan of keeping a low profile, and he was more than happy to flaunt his power and wealth in public—including at the multiple trials that resulted in him earning the nickname “The Teflon Don” thanks to his ability to be acquitted (with the help of a little of bit of jury tampering and intimidation.)

Unfortunately, Gotti’s non-stick coating wore off in the early 1990s after his underboss Salvatore Gravano agreed to cooperate with the FBI and provided the agency with enough evidence to successfully convict the mobster on a laundry list of charges—including five murders, extortion, and that pesky tax evasion charge—that resulted in him being sentenced to life in prison, where he died of throat cancer in 2002.

As anyone familiar with the truly incredible piece of television that was Growing Up Gotti knows, the mob boss left plenty of belongings behind for his family, including a sizeable wine collection you can now own a piece of—assuming you’re willing to pay more than you should for a bottle.

According to The New York Post, an attorney who owns a wine store in New York City managed to obtain three dozen bottles from Gotti’s personal cellar courtesy of the late mobster’s son (who is also one of his clients) and is currently selling a lot that consists of bottles of Domaine de la Romanee-Conti Grands Echezeaux and Château Lafite Rothschild from 1983 in addition to Pétrus bottled in 1970 and 1982.

The Rothschild is the “cheapest” of the bunch at $3,250 while the ’82 Pétrus will set you back the most at $9,500. While there’s no doubt you’re paying a premium, you do get a certificate of authenticity and can sleep better knowing John Gotti Jr. has pledged to donate proceeds of the sale to charity.