John Mayer Debuted A New Song, ‘I Guess I Just Feel Like,’ And It’s Officially Stuck In My Head 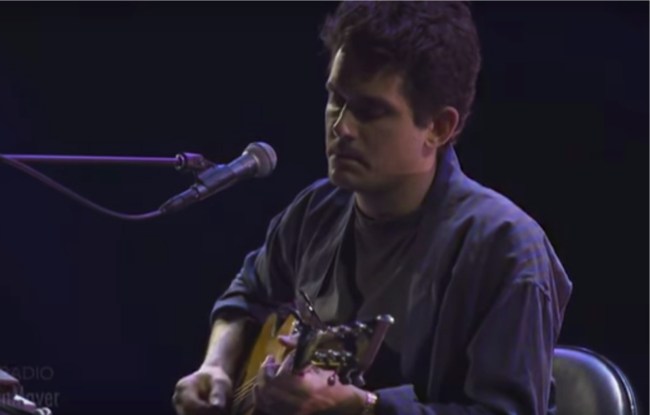 It’s been a big week for John Mayer. Not only did he reveal in an interview the other day that he actually hasn’t even come close to a Wilt Chamberlain-like number of women he’s slept with — contrary to popular belief by, well, me — but he also debuted a new tune called “I Guess I Just Feel Like,” which is classic Mayer.

Playing at the iHeartRadio Theater in Los Angeles Wednesday night, Mayer did what he always does best: serenade the audience with his killer guitar skills and soothing vocals. As someone who has openly voiced a man crush on the dude, I did what any normal, straight, remote-working man would do — I played the damn song on repeat for a good 35 minutes while writing. I’ll say this, it’s good… and catchy.

Since I’m sure you want to do the same, obviously, here’s the new song from Mayer, which will probably leave you feeling all sorts of soft inside.

While I’ve declared this John Mayer’s next hit — mainly because it’s his newest song since “New Light” came out earlier this year — the musician doesn’t necessarily agree with me. In fact, he doesn’t think there’s anything about it that screams hit, as he told the audience before playing it early in his set, per Jam Base.

I am hugely indecisive and I am constantly getting my inspiration replaced … so I put out [2018 single] ‘New Light’ and I’m like ‘I’m gonna do a whole record like ‘New Light’ … and then I [change my mind],” Mayer told the crowd in explaining that he may just continue releasing singles instead of full albums. John doesn’t expect his latest composition to become a hit. “There’s nothing hit-like about it, but sometimes you just need to tell the truth with a guitar,” Mayer added.

Dude, Mayer, we need more hits. You’re a guitar gawd who brings bros like me joy while working from home as the Seattle rain drips down from the dark and cloudy sky, just making me wish that I had some sweet girl by my side. Damn, see, I’ll even offer up my lyrical genius to help you write more songs like this!