At Long Last, ‘John Wick 4’ Has Begun Filming – Here’s Everything You Need To Know 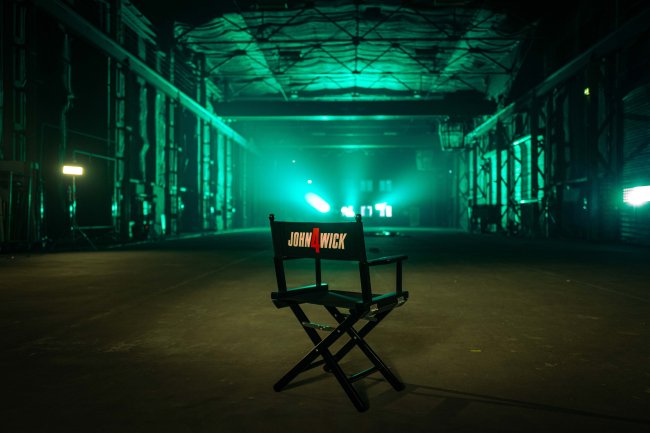 After it was originally scheduled to hit theaters on May 21 of this year, production on John Wick 4 has finally begun ahead of its new May 27, 2022 release date. The shoot will reportedly be international, taking place in New York City, Paris, Berlin, and Japan.

While franchise stars Keanu Reeves and Laurence Fishburne are set to return as John Wick and the Bowery King, respectively, the rest of the cast will be filled out by new faces, as Bill Skarsgård (It), Hiroyuki Sanada (The Last Samuari), Donnie Yen (Rogue One, Shamier Anderson (Stowaway), and Japanese-British pop star Rina Sawayama have all been cast in the film.

Of all those additions, the only details that are available are in regards to Ip Man star Donnie Yen’s character, which is being described as “an old friend of John Wick, who shares his same history and many of the same enemies.”

Prior to the pandemic, the original plan was to shoot John Wick 4 and John Wick 5 consecutively. In fact, Lionsgate — the studio behind the franchise — said as much back in August 2020. That all changed back in March, though, when it was announced that only John Wick 4 would shoot this summer.

TV series The Continental in the works

In addition to the main film franchise, Lionsgate is also hard at work on The Continental, the upcoming prequel series that will feature a young version of Ian McShane’s Winston, telling the story of how he became the owner of The Continental hotel in New York City.

“What we’re exploring in The Continental is the young Winston and how it came to be that he and his team of confederates found their way into this hotel which we have met for the first time in the movie franchise 40 years later,” Lionsgate Television chairman Kevin Beggs said during an interview with Deadline.

The series will also take a more British approach to the format of the story (think Benedict Cumberbatch’s Sherlock), as Beggs says season one of The Continental will consist of “three 90-minute events”. At this time, the plan is to premiere the series after the fourth film hits theaters, although that can certainly change given the lack of tangible progress the project has made.