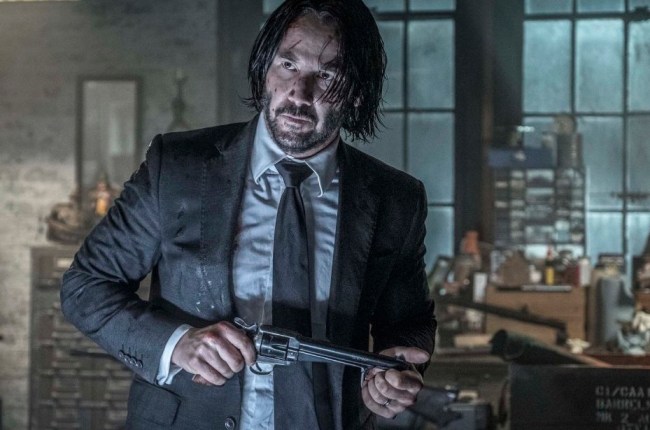 Most people will never reach the level of fame you typically have to achieve to justify using a pseudonym to hide your identity like members of the Chicago Bulls did whenever they hit the road in the 1990s. There are other ways you can experience what it’s like to be forced to use a fake name, but unfortunately, it usually involves being caught up in a situation that leads to you standing in a motel lobby with sunglasses on and a bottle of hair dye in a bag paying for a room in cash.

There are more than a few high-profile figures who were forced to dream up an alternative moniker in an attempt to conceal some slightly unsavory acts but who inadvertently drew even more attention to themselves by doing so. This includes Anthony Weiner—who posed as “Carlos Danger” during some of his sexting escapades—in addition to Michael Vick, who was known as “Ron Mexico” at the clinics he once visited to get tested for STDs.

I’ve spent a few minutes trying to figure out what I’d end up going with but it’s actually harder than you think, so I can understand why some people might do what Verbal Kint did in The Usual Suspects and look to other sources for inspiration. That may have worked out well for him when everything was said and done but the same cannot be said for the Colombian drug smugglers who appear to be big fans of the John Wick franchise.

According to Euronews, police in Italy recently seized a package filled with what initially appeared to be coffee that turned out to be filled with what was definitely cocaine after they dissected the approximately 500 beans that were inside.

The 150 grams that were discovered in Milan were originally sent from Medellin, and while it’d be fair to be suspicious of essentially any shipment originating from there, a much bigger red flag was raised when authorities noticed it was addressed to a recipient in Florence named Santino D’Antonio—which just so happens to be the name of the villain in John Wick 2.

Whoever decided that was the best option to go with really has no one but themself to blame here, as it’s pretty safe to assume anyone who carries a gun for a living is a fan of one of the best action franchises in recent memory. Hell, they could’ve picked basically any minor character from The Sopranos and they would’ve had a better chance of getting away with it.

As for me? I wouldn’t have had to think twice before deciding on Tony Delvecchio. I don’t know if “Drug Smuggling Name Consultant” is a job but I might have to look into making it one if it isn’t.