Johnny Depp Has Lined Up His Next Major Movie Project, Al Pacino Set To Produce The Film 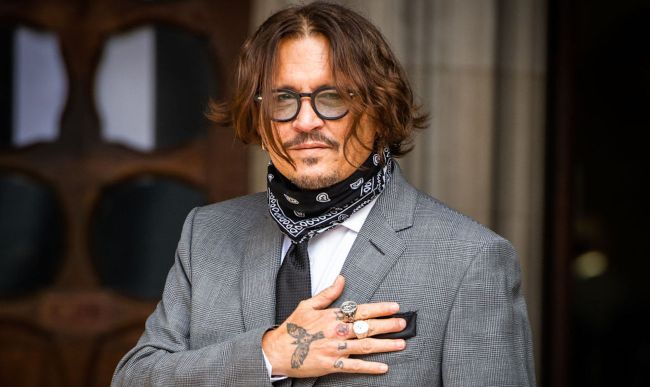 Just about a week after the first look at his upcoming movie Jeanne du Barry was released, reports out of Hollywood indicate that Johnny Depp has lined up his next film project: a biopic about Italian artist Amedeo Modigliani.

Depp, however, is currently signed on to direct the film and not star in it. This would mark the 59-year-old’s first time directing a feature film since 1997’s Marlon Brando-starring The Brave.

At this time, the film does not have an official release date or a cast list. It does, however, have a producer, as THR reports that legendary actor Al Pacino will be one of the film’s co-producers.

Johnny Depp to direct a film about Amedeo Modigliani, an Italian painter and sculptor in the early 1900s

Based on the play by Dennis McIntyre and adapted for the screen by Jerzy and Mary Kromolowski, the film will tell the story of the painter and sculptor in Paris in 1916.

Long considered by himself a critical and commercial failure, Amedeo Modigliani navigates a turbulent and eventful 48 hours that will become a turning point in his life, ultimately solidifying his reputation as an artistic legend. [via The Hollywood Reporter]

The report states that production on the film will begin next Spring and that casting announcements will be made shortly.

“The saga of Mr. Modigliani’s life is one that I’m incredibly honored, and truly humbled, to bring to the screen. It was a life of great hardship, but eventual triumph — a universally human story all viewers can identify with,” Depp said in a statement.

News of Depp lining up a directorial gig is just the latest in a string of headlines that suggest the actor’s comeback is well and truly underway following his victory over his ex-wife Amber Heard in their defamation trial.