Joker And Deathstroke Will Appear In ‘The Snyder Cut’: What Does It All Mean? 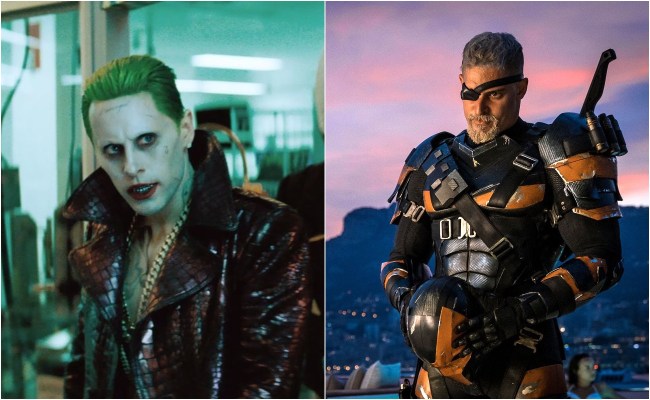 Last week, news broke that Academy Award winner Jared Leto would be reprising his role as Joker in The Snyder Cut. If you know anything about me and my opinion of the DCEU, this news was as bad as it gets, as I believe Jared Leto’s Joker is one of the most pieces of the already-borderline-disastrous franchise. Absolutely nothing — from the tattoos to the tone of voice — about Leto’s Joker worked for me in Suicide Squad, so the last thing I wanted was him bringing that performance and all of the negative baggage that comes with it into The Snyder Cut.

But then, just before the weekend rolled in, it was announced that Joe Manganiello would also be returning as Deathstroke — who he briefly appeared as in a post-credit scene in Justice League — and suddenly my opinion began to change. But how? why?

Well, what this tells me is that over the course of the four-part miniseries that is Zack Snyder’s Justice League, there’s a chance that one of those “episodes” will be Batman-centric, focusing on the Dark Knight’s history of Leto’s Joker and Manganiello’s Deathstroke. And that intrigues me, as the most appealing aspect of Affleck’s veteran Caped Crusader was always the idea of him having a decades-spanning history with the various Gotham City rogues.

The other possibility is that the pair appear in the long-teased “Knightmare Sequence” (that desert wasteland future scene in Batman v. Superman), which I find far less interesting, as Batman having to deal with ground-level threats like Joker while the globe is being ravaged by the galactic Darkseid just seems counterintuitive. With Affleck no longer the centerpiece of the franchise (while he will appear in The Flash, it’s pretty clear that Robert Pattinson is *the* Batman now), I’d much rather see these Batman villains used as a vehicle to flesh out his past rather than advance his future.

Perhaps more so than any of his enemies, Deathstroke is uniquely suited to physically challenge Batman, as his combination of size and hand-to-hand combat ability presents almost a mirror image of the Dark Knight’s skillset.