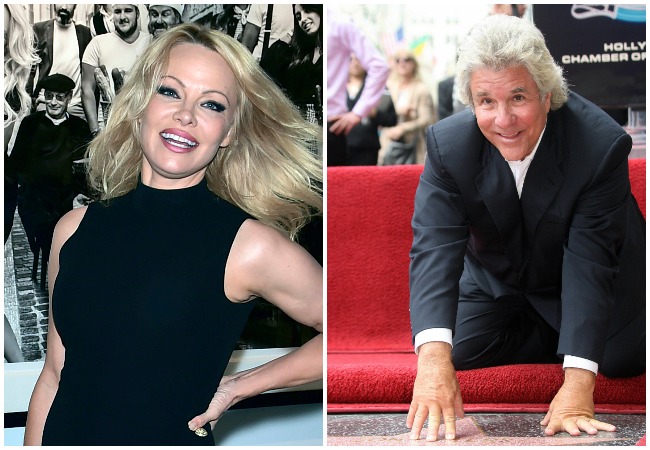 In any other circumstance I’d call Jon Peters a chump. A sucker. Thick-headed. Thin-skinned. Beyond the pale.

But I’m not going to sit here typing from a computer with my undies flipped inside out because I’m due for a laundry day and say that I would act reasonably if Pamela Anderson had a desire to co-mingle.

Peters—a 74-year-old Star is Born producer, who has been a lucky man in his life—married and divorced the 52-year-old Anderson and it sounds like he got railroaded. Hit with the shakedown. The ol’ now you see me, now you don’t.

Peters recently told Page Six, “there’s no fool like an old fool” after claiming the marriage shit the bed after he paid off the “broke’’ actress’s quarter million in debts.

The hairstylist-turned-producer claims Anderson proposed to him in a text message, contradicting Anderson’s account of Peters proposing on a whim.

“Needless to say that when she texted me that she wanted to get married, it was kind of a dream come true even though I was engaged to someone else and the lady was moving in,’’ Peters wrote.

With your knee still dirty from a previous proposal, you abandoned your entire life over a goddamn text message? Are you fu—

I apologize, Mr. Peters. I really should be more empathetic.

I should be more tender with Peters seeing as he not only allegedly paid her debts, but he also got his name smeared after the split.

Pam told the press that the breakup was ignited by her realizing she had “made a terrible mistake’’ and that Peters was “too controlling.’’

Her former hubby begs to differ.

“I welcomed her into my life with open arms and love since I have looked after her for many years.”

“If she meant controlling- I’ve paid … [her] bills since she was broke. I bought her a completely new wardrobe.”

Love will make you do crazy things, Peter. Love, or whatever the hell that was.

TL;DR: Jon Peters paid $200,000 to marry Pamela Anderson for less than a fortnight. Would you?

One for good measure what the heck.

Hey Peters, the only difference between you and the horse is that he didn’t have to cough up six figures to hook up with her.

That was mean. I apologize again, Petey.