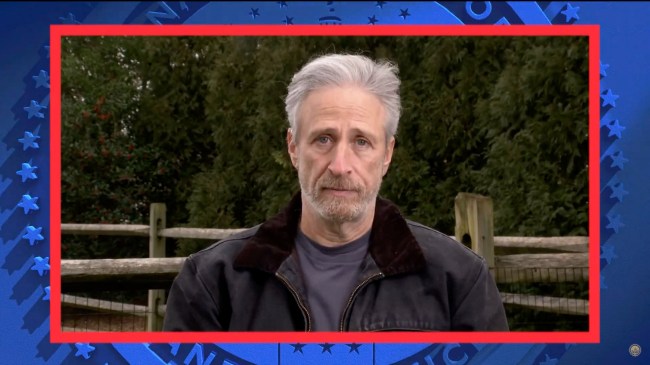 After years and years and years of not joining Twitter, despite numerous requests to do so by fans, former host of The Daily Show Jon Stewart has finally found a topic that made him jump into the Twitter fray: the GameStop slash Reddit stock manipulation saga.

The 58-year-old Stewart has been watching what’s been happening with Redditors affecting the stock prices of companies like GameStop, AMC Theatres, Nokia and BlackBerry. And he approves. Very strongly, in fact.

He doesn’t, however, approve of what Wall Street and companies like Robinhood have been doing in an effort to put a stop to it.

“This is bulls–t,” Stewart wrote. “The Redditors aren’t cheating, they’re joining a party Wall Street insiders have been enjoying for years. Don’t shut them down…maybe sue them for copyright infringement instead!!

Stewart’s second tweet was to say hey to his new followers, he currently sits at 756.5K, “Thanks for the warm welcome! I promise to only use this app in a sporadic and ineffective manner.”

After temporarily dropping due to the restrictions that were put in place by companies like Robinhood, GameStop’s stock price has since rebounded and is once again up by more than 100% following those restrictions being lifted.

Those not affected either way by the Wall Street craziness were just happy to see Jon Stewart finally joining Twitter.