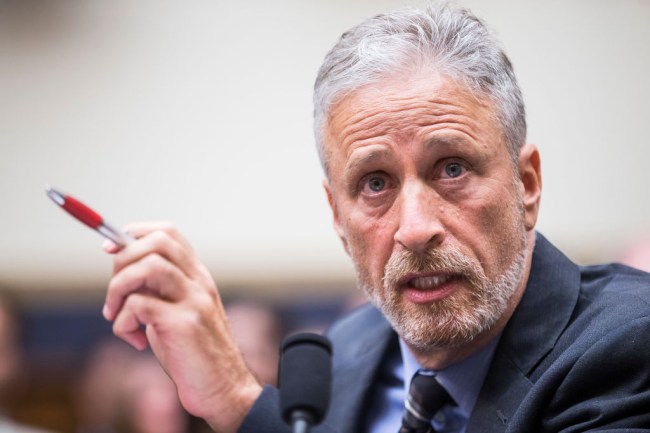 Unless you haven’t been paying attention for the past few years, you’re probably aware the current American political climate is a veritable shitshow as people across the ideological spectrum continue to throw massive turds at each other on a daily basis.

However, regardless of how you feel about particular issues, there are some things I think we can all agree upon, like the fact that people who were directly impacted by 9/11 deserve all the support they can get as they continue to deal with the fallout of the tragedy.

With that said, it appears there are still some people out there who insist on making an objectively good cause a partisan issue, and as a result, Jon Stewart was forced to appear in front of a Congressional committee last month along with multiple responders to fight for a bill to indefinitely compensate them for health issues stemming from their selfless efforts.

After he tore into Mitch McConnell (who smugly addressed Stewart’s concerns), the bill was eventually passed in the House and sent to the Senate. However, it appears the fight is far from over.

On Wednesday, Republican senators Rand Paul and Mike Lee blocked the immediate passage of new funding for the 9/11 Victims Compensation Fund, with the former citing his concerns about how it would impact the national debt, which is currently sitting at $22.5 trillion.

After hearing about the objection, Stewart appeared on Fox News alongside activist and 9/11 responder John Feal to rip into Paul for delaying the vote and it’s safe to say he didn’t mince words.

Today Rand Paul–who voted for the tax cuts that added hundreds of billions to the deficit–blocked a funding bill for the 9/11 responders compensation fund, over concerns about…the deficit.

Jon Stewart had a few things to say about it. pic.twitter.com/lTuuUXtB4b