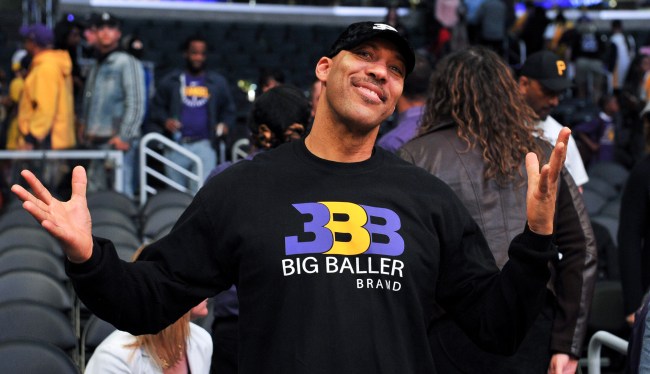 LaVar Ball sees everyone working in the midst of this unprecedented, and very unusual, stock manipulation saga that’s been taking place on Reddit and Robinhood.

Stocks that have been affected by the online shenanigans have so far involved companies like GameStop, AMC Theatres, BlackBerry, and Nokia.

Not surprisingly, Ball is 100 percent down with everyone gobbling up as much as they can, especially if it’s AMC Theatres stock.

Taking to his Cameo account, the Big Baller says he is all in on AMC. The whole video is almost like The Rock aged 15 years, without really working out, and decided to do a promo for AMC Theatres.

“That’s right, AMC, everybody goes to the movies ’cause you ain’t gonna do nothing but rocker up!

“The shorts can’t hold ’em down! NEVER sell AMC! Keep buying! No one can hold ’em back!

“Because AMC is something I been lovin’ forever! That’s right, man!

“Everybody love goin’ to the movies! Who don’t like AMC?! AMC is great! Triple B’s is in the building, Big Baller Brand! This is how we get down!

“Let’s keep it alive and keep skyrocketing up! AMC, don’t let it go, baby! I love ya!

Reactions to Ball’s AMC stock advice were about how one would expect them to be: hilarious.

While in his home Theater lol

I need to know who paid this mans Cameo for this 😂😂

Got a couple shares because Lavar Ball said so lol

Believe in AMC like y’all believed in BBB 🤦🏾‍♂️