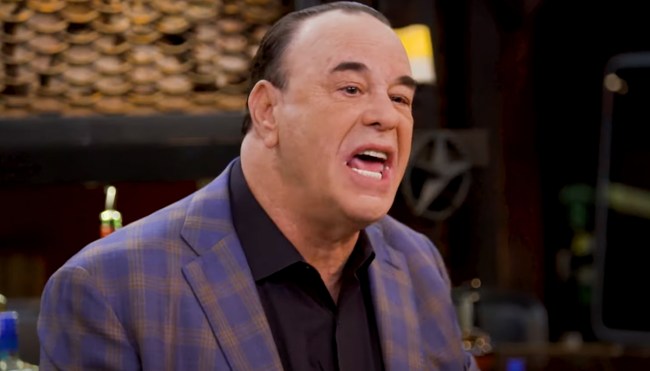 A few years ago, I got the opportunity to live out a longtime dream after getting the chance to chat with Jon Taffer, a man who’d provided me with countless hours of entertainment during the many Sunday afternoons where Bar Rescue marathons served as some much-needed comfort viewing after some particularly brutal Saturday nights.

I was similarly amped to get another chance to sit down with the bar industry veteran around this time two years ago for an interview that was canceled for reasons you can probably surmise. However, we were able to make up for lost time last year when we reconnected in Las Vegas on the set of Bar Rescue, where I was front and center to watch Taffer give his signature treatment to a karaoke bar that was one of the many establishments in his hometown to bear the brunt of the pandemic.

While that Very Special Season of Bar Rescue we were ultimately treated to featured virtually everything the show’s viewers have come to know and love, I think most fans breathed a sigh of relief after learning Taffer and his crew of experts were officially back on the road for a new run of episodes (the first of which premiered on Paramount Network on Sunday night).

Prior to the debut, I was lucky enough to interview the world’s foremost bar scientist yet again, and he shared why this season’s version of Jon Taffer may be the most “aggressive” one yet while reflecting on what he learned over the course of the pandemic and sharing how it will impact the future of the industry he’s called home since the 1970s.

BroBible: How nice was it to get back on the road again?

Jon Taffer: It was unbelievable to get back out again. It’s like I was a thoroughbred behind a starting gate. I just couldn’t wait to get out there.

We got to go to Dallas, Tampa, Orlando, Charlotte, Atlanta, and Denver. We hit a lot of great cities. After the pandemic, there were so many bars that are in trouble. We rescued bars for firemen, 30-year police veterans, military veterans, families; the stories were amazing.

Last season of Bar Rescue was pretty mellow. The pandemic was a valid excuse—particularly in Nevada with lockdowns. I let owners get away with some stuff. This year, restaurant revenues are up 20% from pre-COVID levels. We talked about if they were going to come back and if there was pent-up demand: they came back!

This is a great opportunity for bars and restaurants. Now, we have to get our employees back and deal with inflation, but there are solutions to that. No more excuses! I think you’re going to see me be more aggressive than ever before. The success is out there, I just need to push them to get them there.

There were a number of lessons and changes you made last season that were specific to the pandemic, but is there anything you learned or implemented that you’ll be able to apply in the long term?

Restaurants need to respect the loyalty of employees and customers to come back after this. That’s a really exciting thing.

The other opportunity is that some people didn’t go out to any bars or restaurants for two years, so it’s a whole reintroduction to your brand; it’s almost like a launch from the get-go. It’s a really exciting time in the business. You can’t let inflation and labor issues hold you back again. That’s solvable.

Did the pandemic highlight any other aspects that are particularly essential to running a successful business?

I think that bar owners are much more sensitive to standards of cleanliness. Inventory costs are much higher, so we’re watching and monitoring that more closely. People are doing a better job with those kinds of things because they have to.

A lot of us have also put in new technology. For example, I had room service this morning and it was delivered by a robot. I have friends that run the biggest casinos in the country. Some of them have told me they’re down 2,000 employees, but they can’t not run a casino, so they found solutions like robots and more automated cooking equipment in the kitchen.

We found solutions in business to solve these problems. That’s a lasting benefit to all of the industries. Kitchens are cleaner now, there’s no question about it. Owners are much more conscious of these things now, and I think that’s really pretty good.

You sort of touched on this, but are there any things that burst onto the scene or saw a resurgence as a result of the pandemic—like QR codes—that are here to stay. On the flip side, are there others that may sort of fade away as we ease back into whatever we’re describing as “normal?”

I think QR codes stay, but I think physical menus also stay. As an operator and a merchandiser, I want to give you that full menu. I can sell to you better with the full menu. I can steer you to buy more expensive items. I can’t do that when you’re scrolling on a little screen.

Do you think that’s had a big impact on the customer experience?

It’s almost like the business cards in American Psycho.

Yeah. Think about it: you go to a fast food restaurant and you can scroll for your menu. You go to a fine dining restaurant and do that? No! That just doesn’t equate to me. QR codes take our identity away. Paper menus aren’t going away.

I think other things that are going to stay are more behind the scenes. For example, ultraviolet light systems that sanitize surfaces. I think air scrubbing equipment is going to stay. We’re more conscious about keeping the air clean in our environment.

It’s not only COVID;  I don’t want my team to catch a cold either.

This is a bit more specific to a certain topic, but there’s been a push to permanently legalize to-go drinks in New York after they were temporarily allowed. The liquor store lobby has mounted a pretty fierce campaign to oppose it, but I’m curious to get your thoughts on that not just from a business perspective but from a general perspective.

I think it’s a good thing. I do. When the city loosened up outdoor seating, that made a big difference for restaurants. The same thing happened when they allowed them to deliver alcohol.

It was an interesting test case because there wasn’t suddenly a flood of drunken people on the streets. There weren’t minors getting cocktails delivered. It worked really, really well.

In cities where you can’t do that, we’ve been selling deconstructed cocktails: I’ll send you five or six ingredients for a margarita, send it to your home, and you pour in your own booze. I really hope New York reverses its position. I think it’s a great way to provide a complete experience.

You also have a new book coming out in May. I’m hoping to chat with you a bit more about it when we get closer to the release, but what can we expect? How is it different from the ones you’ve already written?

Raise the Bar was very much about reaction management in the bar and hospitality industry. Don’t Bulls—t Yourself was all about excuses and holding yourself back, and that was a really powerful book. This one is a step powerful.

It’s called The Power of Conflict. The premise is that whatever your beliefs are—and I’m not one to judge somebody else’s beliefs— that if you don’t stick up for them today, they’re going to disappear. We have to engage. I don’t mean insulting each other on social media; we have to engage in dignified ways.

We have to stick up for what we believe in. We have to disagree with family members instead of not talking about it. We have to talk about things and put our ideas out on the table, and I think if we don’t do that at this time in our history, the values that mean so much to so many of us are going to disappear.

Sometimes, the few have the loudest mouth and the majority are quiet. This is a book that teaches all the skills necessary to engage in meaningful, dignified conflict to protect the ideals and views that we all hold.

This is a bit random, but I don’t think I’ve ever had the chance to ask you about it. I know you’re very vocal about bartenders not drinking during shifts—which I understand in theory—but at a lot of the places I frequent, I’ll take a shot with someone when I’m closing out. I’m just curious if there’s a situation in your eyes where that’s ever appropriate?

In my bars, I allow a nightcap at the end of the shift. I would tell a bartender that if you have a great customer and they want to buy you a drink, don’t do a shot of tequila. Make something like a gin and tonic, make a toast, and take a sip or two.

Parts of this interview were edited for clarity.