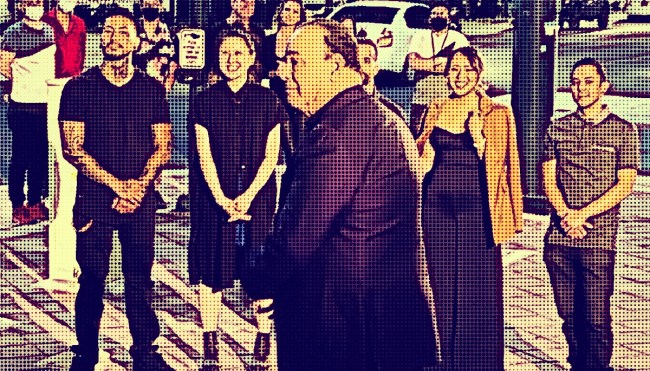 It’s been over a decade since I decided to see if I could make a living by writing things on the internet, and I never could’ve anticipated all of the amazing opportunities I’ve been lucky enough to experience as a result of doing everything in my power to avoid having to do what the vast majority of the population (and my parents) would consider a “real” job.

Over the course of my online journey, I’ve gone viral by using my 6’10” frame to successfully infiltrate the NBA Draft, put some of my parents’ concerns at ease by turning a dumb Facebook page into a real, actual book, and had the chance to chat with some cultural icons including Dennis Rodman, Jonah Hill, and the guys who invented Four Loko.

However, I can safely say nothing tops what I got to achieve thanks to one of the nicest (and most interesting) people I’ve had the pleasure of chatting with over the course of my career: the man, the myth, and the legend who is Jon Taffer.

I interviewed the host of Bar Rescue a couple of years ago and had plans to do the same in 2020 before a pesky pandemic put a bit of a damper on things. However, I got the chance to reunite with him after heading to Las Vegas for a much-needed change of scenery back in May, where he just so happened to be filming the most recent season of the show that’s kept me company on the countless Sunday afternoons I’ve spent confined to my couch following a Saturday night filled with bad decisions.

I may or may not have been That Guy who slid into his DMs after realizing I’d arrived in town while Bar Rescue was filming its eighth season, which featured Taffer giving his signature treatment to a number of bars that bore the brunt of COVID-19 in the city he calls home. After confirming I would be more than happy to confirm my negative status and abide by the regulations to keep the Bar Rescue set safe, I not only got the chance to head to the set to chat with him but was able to fulfill a lifelong dream by making an appearance on the show when I posted up at a table inside Ninja Karaoke following the big reveal.

Here’s a recap of the night where I Officially Peaked. 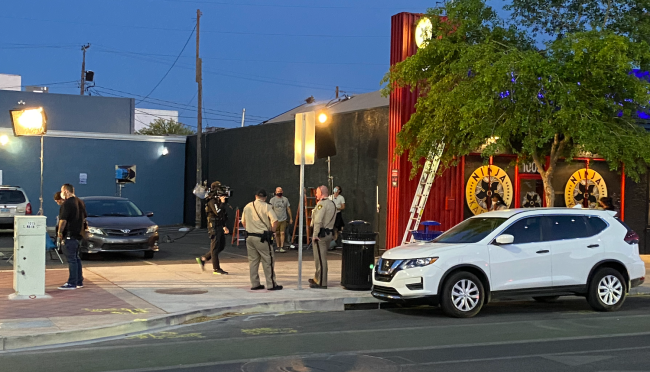 I’d somehow managed to spend 30 years on this planet without making a visit to Las Vegas, and after deciding I needed to get the hell out of New York City and take a trip to literally anywhere else after being largely confined there for over a year, I figured there was no better time to finally check that box.

The last-minute nature of the trip and the aforementioned COVID guidelines meant I didn’t get the chance to visit the bar being rescued before it received a facelift, but it also meant I had a few days to see what Sin City was all about. It didn’t take me long to second-guess my choice of vacation destination after spending approximately 10 minutes on The Strip—a place where everyone seemed to be posing for pictures but with nary a smile in sight—but that all changed when I made the pilgrimage to Champagne’s Cafe, which received the Bar Rescue treatment for a second time this season after being on the receiving end of Taffer’s services in 2016.

It was the best decision I possibly could’ve made, as I felt immediately at home once I stepped inside what can only be classified as a “classy dive”; a dimly-lit haunt with video poker and an ashtray at every stool. It was staffed by a bartender born and raised in Vegas who gave me a list of local haunts, both figurative and literal; after I mentioned I was planning on visiting The Haunted Museum operated by Ghost Adventures host Zak Bagans, she revealed she routinely went ghost-hunting with her ex-boyfriend’s mom, believed the bar itself was haunted, and that a regular customer who lives in a nearby home formerly owned by Elvis Presley says the singer’s spirit will move items around the house whenever his music is played inside it.

Thanks to her help, I discovered Las Vegas is actually an awesome town for reasons that have nothing to do with those that draw the majority of visitors there in the first place. The following night, I found myself embraced by a group of locals who showed me around the Arts District, an up-and-coming area overflowing with incredible spots—including a bar that doubles as a thrift store where I couldn’t stop myself from purchasing an incredibly impractical memento to remember the trip by.

Nothing like going to Las Vegas and coming back with a sign you decided you needed to buy at midnight at a bar that's also a thrift shop only for FedEx to tell you it will cost $300 to ship before ultimately paying to check a bag and lugging it through airport security at 6 A.M. pic.twitter.com/16heJsdh2n

The neighborhood is also home to Ninja Karaoke, the establishment where Taffer and his team spent the week putting in work before I rolled up to the Bar Rescue set on Friday night. 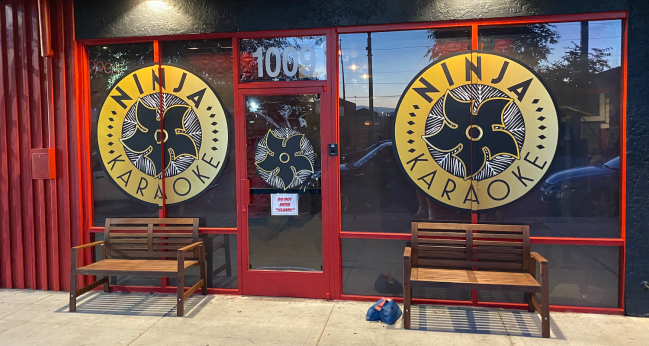 Over the years, Bar Rescue has featured some incredibly eccentric owners, impossibly dysfunctional staff members embroiled in some wild drama, and the many fiery diatribes Taffer is known for. As a result, I can understand why a lot of people think elements of the shows are staged for our viewing enjoyment. However, when I spoke with him, he stressed, “I really respect the audience. I don’t do anything fake because I’m afraid they’re going to catch me. I think they’re smarter than that.”  If you came into this article hoping for a bombshell to disprove that’s indeed the case, I regret to inform you that you’re going to have to keep searching.

When I arrived, the crew was gearing up for Taffer’s arrival as the crowd of customers who’d stopped by for the stress test a couple of days before waited patiently across the street to give Ninja Karaoke a second chance. The bar’s crew was eventually led out onto the sidewalk with blindfolds securely in place before the man of the hour rolled onto the scene for the reveal and the ensuing spiel recapping everything that led up to the moment. 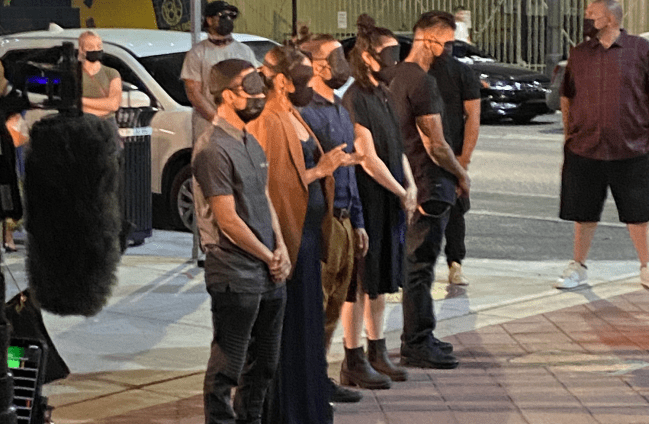 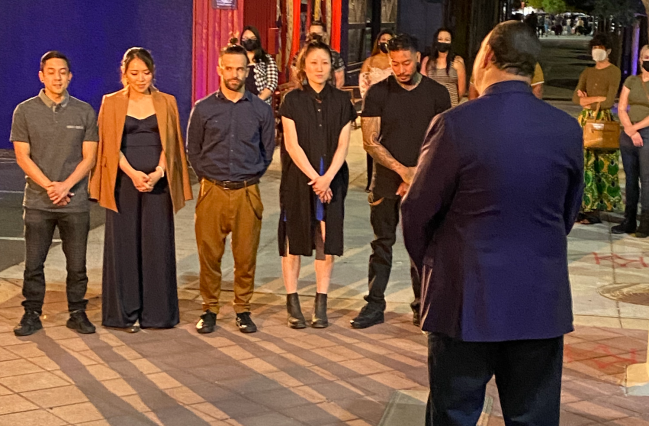 Unlike the majority of the patrons who flocked inside once the doors opened, I couldn’t compare the new drinks and revamped food menu to what Ninja Karaoke had been serving up before. With that said, all of the cocktails (and the sake bomb) I had more than hit the spot, and when I tuned into the episode on Sunday, I was shocked to discover all of the dishes I sampled were actually premade and heated up in a state-of-the-art oven based on how delicious they were. 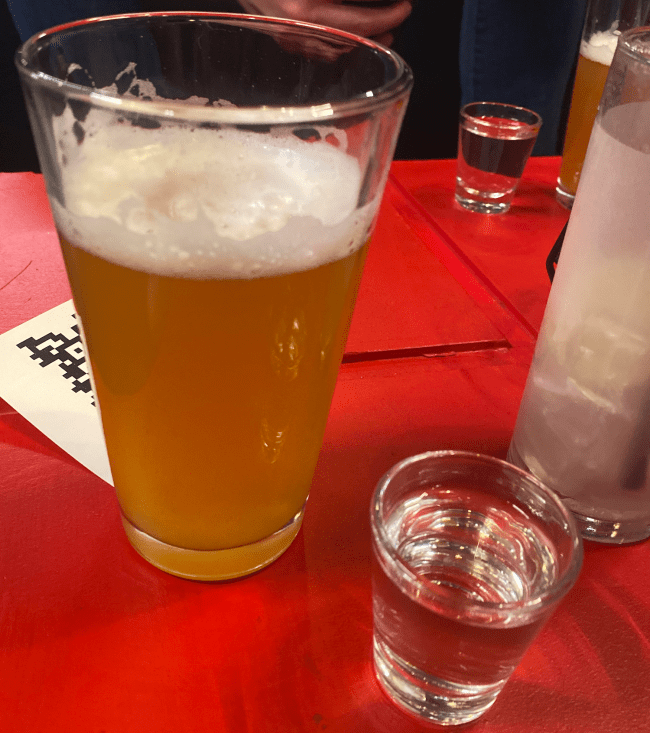 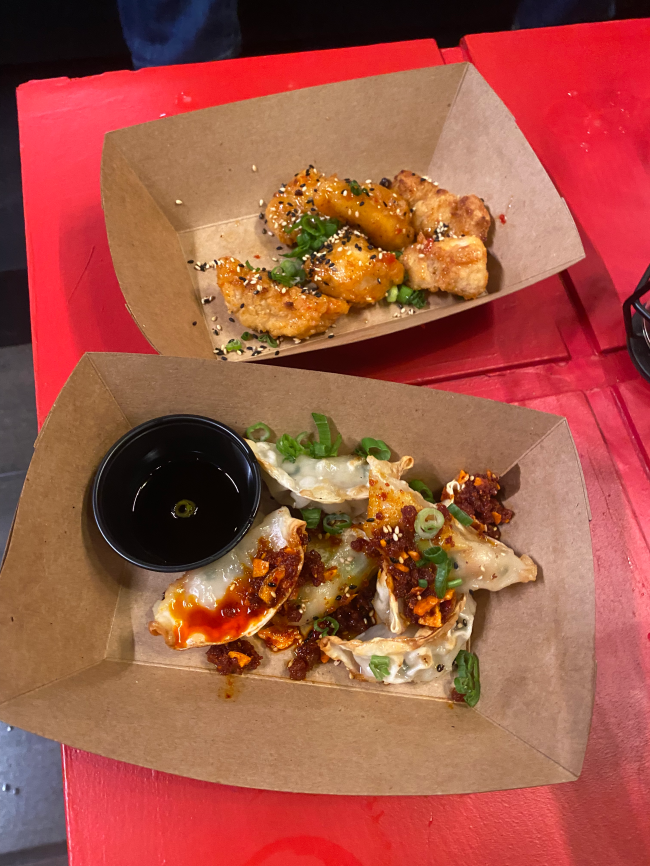 I’d also be remiss if I didn’t highlight my 1.5 seconds of fame, as I can now say I was not only on Bar Rescue but technically in the same shot as Jon Taffer (I don’t know how to make an IMDb page, but I do know I’m going to call myself “Blurry Guy Sipping Drink” as soon as I figure it out). 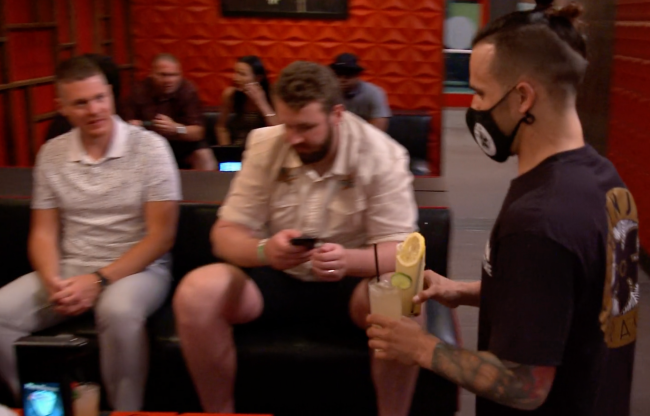 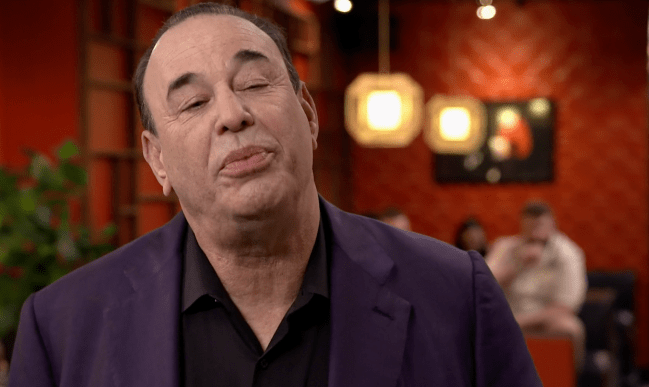 It might be all downhill from here, but I can’t say I have any regrets.