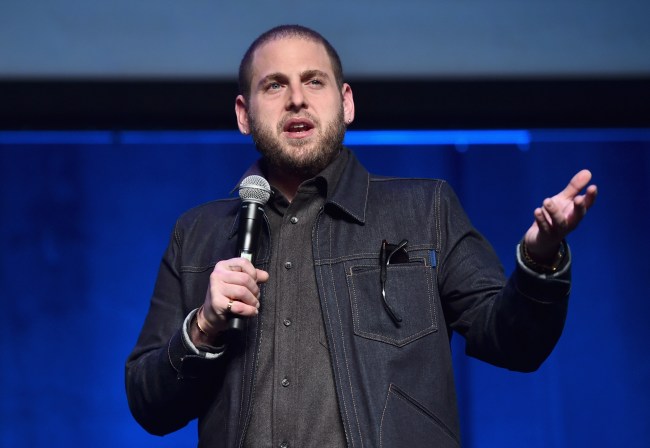 Hill has been nominated for two Oscars in his career for his brilliant roles in Moneyball and Wolf of Wall Street (the Academy snubbed his Superbad performance), but the 36-year-old is most proud of his performance in a movie you’ve likely never seen.

Hill was recently interviewed on GQ’s Instagram Live and revealed he considers his performance in Gus Van Sant’s Don’t Worry, He Won’t Get Far on Foot the finest work of his 16-year acting career.

“It’s the best acting I have done or will ever do, but no one saw it because Amazon completely fucked it up.”

The film premiered at the 2018 Sundance Film Festival and with stars like Joaquin Phoenix, Jack Black, and Rooney Mara, one would’ve expected it to gross far more than meager $1.4 million U.S. haul and a global total of just $4.2 million.

Jonah Hill calls his performance in Gus Van Sant’s “Don’t Worry, He Won’t Get Far on Foot” the best work of his career: https://t.co/7tRVrQwdih

"But no one saw it because Amazon completely fucked it up." pic.twitter.com/1GEyKMQtrE

Timing proved to be the demise of the film, as it premiered in January but wasn’t released in theaters until July, losing all momentum in the process. It didn’t help that Don’t Worry, He Won’t Get Far on Foot was pitted up against Bo Burnham’s coming-of-age dramedy Eighth Grade, which was dubbed a top-ten film of 2018 by both the National Board of Review and the American Film Institute.

Hill was validated in his outrage, as several film critics praised his work in the undeserved flop.

Hill earned strong notices for his role as Donnie Greene, with IndieWire’s Eric Kohn calling the actor “virtually unrecognizable” in the role. Jeannette Catsoulis of The New York Times called Hill “revelatory” in the film, while Rolling Stone film critic Peter Travers raved, “A word here about Hill: His portrayal of the gay, bearded, caftan-wearing, trust-funded father figure is a marvel of nuanced acting. Could this be the comedy star’s third Oscar nomination, following ‘Moneyball’ and ‘The Wolf of Wall Street,’ for showing his dramatic chops? The actor comes up aces.”

Don’t Worry boasts a 74% audience score on Rotten Tomatoes and is now streaming on Amazon Prime.