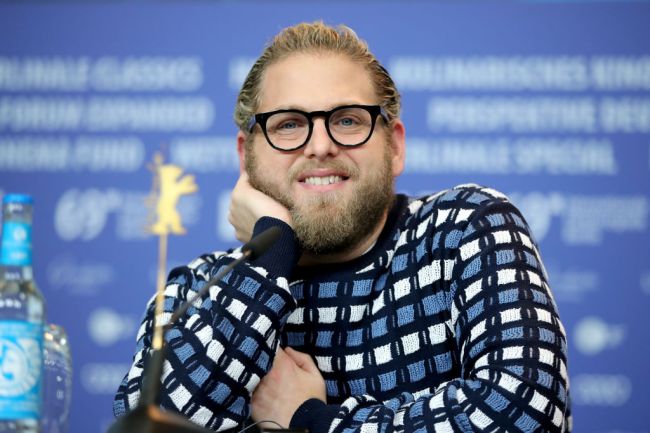 Jonah Hill has opinions and he would like you to hear them. Jonah Hill, who has a net worth of $50 million and a contract with adidas, wants you to know that the fashion industry ignores overweight people.

The 36-year-old Hollywood actor provided the world with his opinion of body image.

“I think the biggest shift in my personal style was that I always had an interest in personal style and fashion, but I was always a bigger guy,” Hill told GQ. “It’s really hard when you’re overweight to dress a certain way, because clothes aren’t made for people who are overweight to have style. So, I think it surprises people.”

Hill continued, “Even now, I’ll overhear someone discussing my place in the fashion world or whatever, and people are like, ‘That guy? The schlubby guy from ‘Superbad?'”

“The idea was realizing, whether I was big or small, that I really can define my own personal style,” the Wolf of Wall Street actor stated.

“I think I was conditioned for [criticism] based on my acting career. Because, (A) being overweight and (B) comedy, you’re not supposed to be into fashion on either of those sides,” Hill added. “When I was coming up in comedy, you would get made fun of if you cared about fashion, but I always did.”

The actor continued, “And then I’m just like: ‘Wait, how many times do I have to tell myself I can’t do something? I’ve done all these things that I was told that I couldn’t do. Just keep going, just go on the journey of being into the s*** you’re into.’”

Coincidentally, whenever I hear the word “fashion,” the only thing I think about is comedian Andrew Schulz’s “fashion” schtick.

Hill, who directed the skateboarder coming of age story Mid90s, will attempt to tackle a new movie about therapy.

“It is a documentary on my brilliant Therapist, Dr. Phil Stutz, and therapy in general,” Hill said, according to SlashFilm. “The idea is to make a film that frames therapy and Phil’s tools for dealing with life in a way that isn’t corny or cheesy. Everything I saw growing up about therapy I rolled my eyes at.”

Hill says the upcoming project is “a dope film that democratizes therapy for private use on Netflix.”