Fresh Off Of Playing Jerry Garcia In A Scorsese Film, Jonah Hill Has Reportedly Signed On To Play JOHN DALY 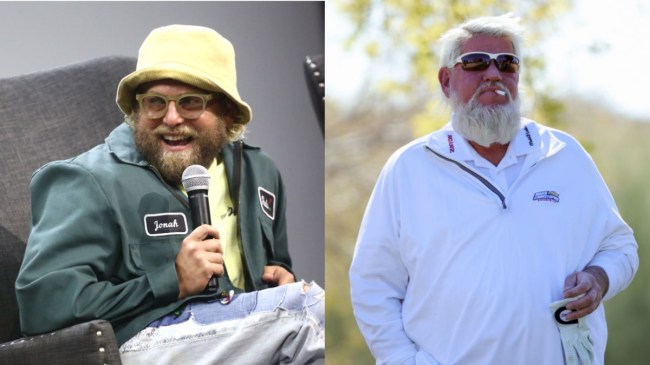 While we haven’t seen all that much of Jonah Hill on the big screen in recent years, it certainly feels like the two-time Academy Award nominee for Best Supporting Actor is gearing up for a major comeback.

Not only did the 38-year-old recently star in the Best Picture-nominated Don’t Look Up alongside his buddy Leonardo DiCaprio and a bevy of other stars, but he’s also set to star in the 2023 film You People alongside Eddie Murphy, Julia Louis-Dreyfus, and more, and will be playing Jerry Garcia in a Martin Scorsese-directed biopic.

Hill isn’t stopping there, though, as recent reports now indicate that Hill has signed on for yet another biopic, albeit in the sports genre this time. According to Jeff Sneider of The Ankler, Hill has signed on to play John Daly in a film titled The Bad Boy of Golf that’s set to be directed by Hotel Mumbai filmmaker Anthony Maras.

“The biopic will examine the excesses, scandals, and athletic achievements of the PGA Tour golfer, who is considered by many to be the Bad Boy of Golf,” Sneider’s report says.

The 56-year-old Daly is a two-time Major champion with victories at the PGA Championship in 1991 and The Open Championship in 1995. He’s also largely known for his gruff appearance, style, and attitude and has long been seen as something of an antidote to the snobbery that can sometimes be associated with the sport of golf, perhaps best epitomized by his penchant for smoking cigarettes while on the links.

Since beginning his professional career in the late 1980s, Daly has had five PGA Tour wins, three European Tour wins, and one Asian Tour win.

RELATED: Samuel L. Jackson Is None Too Thrilled That Jonah Hill Holds The Record For Most Curse Words In Movie History