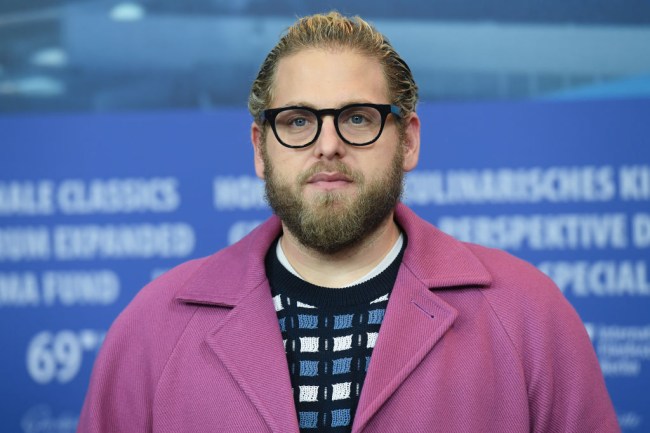 Jonah Hill is not the same person he is at 35-years-old as he was when he was 24-years-old when Superbad was released back in 2007. That is great, that means he is maturing and progressing as a human being. But Jonah Hill wants you to know that he is no longer the “bro comedy guy” from the movies he has starred in previously.

Hill made a name for himself by starring in brash comedies such as Knocked Up and Superbad. Now, Hill is appearing in more dramatic actor roles and is a director, his first film being Mid90s, about a 13-year-old living in 1990s-era Los Angeles and spends his summer “navigating between his troubled home life and a group of new friends that he meets at a Motor Avenue skate shop.”

RELATED: Jonah Hill Reveals How He Lost A Boat Load Of Weight In A Short Period Of Time

While promoting Mid90s to an audience in Berlin, Jonah was asked about his role as Seth in Superbad. Hill said how his earlier movies featured “traditional masculinity” that was problematic and he wants to change the perception of masculinity and hopes that his fans come along on his journey.

As an actor who came to prominence in his early 20s, and who said he was long looked at as the “bro comedy guy,” the 35-year old described how maturity has given him a fresh perspective on some of his early roles. “I love those films, but I also think that if you look back at those films, a lot of what they’re showing is major bro comedy, and bro masculinity,” he said.

Hill added that he hoped he could “illuminate” young fans of his earlier work about some of the problematic behavior it depicted, saying: “It’s not like a responsibility. It’s where my heart is, and what I want to make. But at the same time I’m learning I’ve got to unlearn a lot of stuff, and maybe some of the people that liked Superbad will come with me on that journey.”

Sounds like Jonah has no idea what a Bro is. That’s why we support the Save the Bros campaign.

RELATED: Jonah Hill Gets Real About His Weight And How Much It Hurt To Be Called ‘Fat And Gross’

While Jonah stresses “problematic behavior” in his earlier work such as Superbad, it should be noted that Hill starred in the hour and 29-minute animated dick joke Sausage Party in 2016 (BTW, there is no shame in 90 minutes of dick jokes if done properly), which some have said is sexist and racist. In 2014, Hill apologized for using a “disgusting” homophobic slur in 22 Jump Street, a movie that has been said to feature “meta-homophobia.” 2013’s The Wolf of Wall Street (which we have covered extensively) has been called a “misogynist blockbuster.” and “branded as sexist.”

Seth Rogen has also apologized for Superbad in the past. “There are probably some jokes in Superbad that are bordering on blatantly homophobic at times,” said Rogen, who wrote and starred in the movie produced by The Apatow Company. “They’re all in the voice of high school kids, who do speak like that, but I think we’d also be silly not to acknowledge that we also were, to some degree, glamorizing that type of language in a lot of ways.”