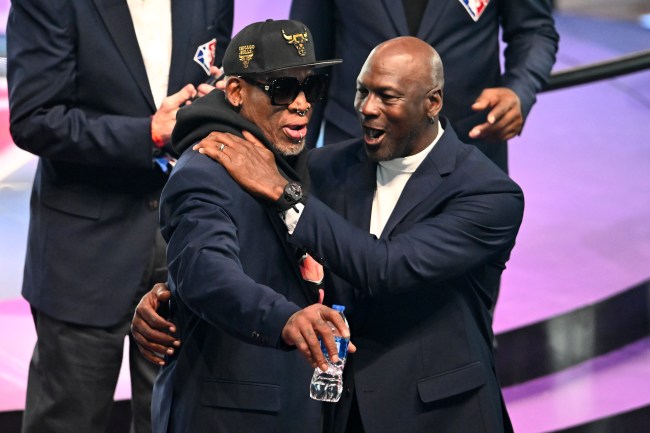 Tons of NBA legends showed out, but the one who received the most attention was Michael Jordan.

Jordan was visibly excited to be around the league’s best players. Several images and videos of him embracing players like LeBron and Luka Doncic, as well as celebs like Mary J. Blige, have been making the rounds on social media.

One image in particular that caught our eye was the one posted by Australian watch connoisseur Nick Gould, also known as @niccoloy on Instagram.

Gould is famous for spotting watches on celebs and professional athletes. He spotted this custom Urwerk UR-220 in this photo of Jordan having a conversation with LeBron at the All-Star Game.

Jordan is a known fan of Urwerk watches. Gould points out the custom details on the UR-220 like red accents and the XXIII engravement below the crown.

Gould also points out the roman numeral engravement is filled with gold in another photo of Jordan at the All-Star Game—this time with former teammate Dennis Rodman.

Pricing and Features of Urwerk UR-220 Watch 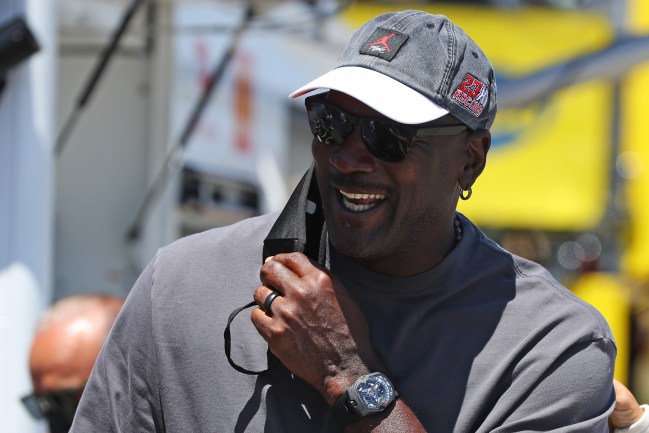 The estimated price of the UR-220 is about $162,000, but considering Jordan’s are custom, we’re guessing the total value is much higher.

As far as the specs go, the UR-220 includes a limited production of only 15 watches per year. The Swiss watchmaker outfits the UR-220 with a manually wound movement and control board on the back.

What makes the watch so unique is its insanely cool retrograde time-telling system. The system is broken into three elements:

A case made of 81 layers of CTP carbon is used to make the watch exceptionally strong while staying light as a feather. The carbon layers are also thin, keeping the timepiece sleek and not too bulky.

One feature of the watch I love includes an oil-change service indicator that keeps track (in months) of how long the movement has been going along.

Seeing so much Jordan content over the weekend was great enough for fans. Getting an ID on his mega-expensive watch is just another cherry on top of the best moments of All-Star Weekend.