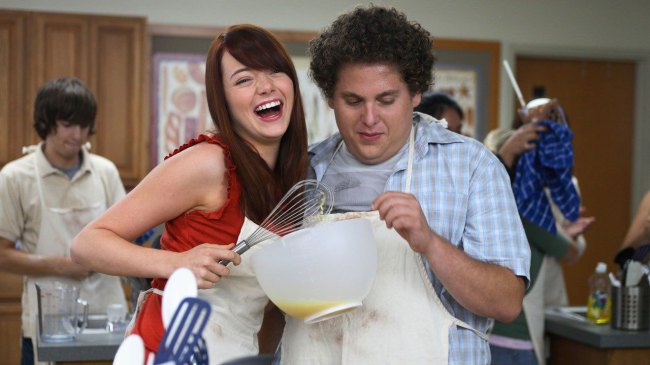 Believe it or not, it’s now been 15 years since the release of Superbad, which is a frankly offensive amount of time as far as I’m concerned. That’s basically half of my life!

Due to that upcoming anniversary (August 17, to be exact), the film has been in on the mind of pop culture in recent weeks and months, with producer Judd Apatow revealing during a recent interview that there was a time when he wanted to make a sequel.

Apatow said that while the idea of a sequel was kicked around, the cast ultimately decided against it out of fear that the film would suck.

“Everyone was like ‘Nah we don’t want to screw up Superbad by accidentally making a crappy second one,’ and I would always say the same thing, ‘Well that’s like saying don’t make the second episode of The Sopranos. Like, so why do you think we would screw up the second one?’” [via Inside of You with Michael Rosenbaum]

This is the second time we’ve written about a potential Superbad sequel in recent days, as we brought you the story earlier this week of Apatow detailing what his idea was for the follow-up’s story:

“I really wanted them to do a Superbad in college where Jonah flunks out of college and just shows up and visits Michael Cera at college,” Apatow said during the interview.

Ultimately, the decision to not make a sequel was probably a wise one as the original remains a modern classic and 21st-century comedy staple.

RELATED: This Is The One Condition Jonah Hill Has For Making A ‘Superbad’ Sequel