REVIEW: The Rock And Emily Blunt Carry Fun ‘Jungle Cruise’, Although It’s No ‘Pirates Of The Caribbean’ 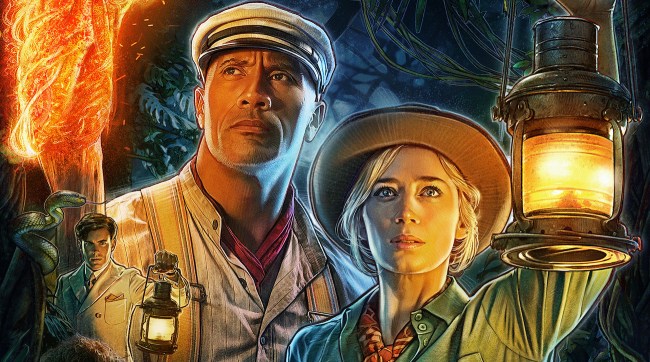 Somewhat coincidentally, I actually rewatched the original Pirates of the Caribbean trilogy last week. While my rewatch was in part for preparation for the release of Jungle Cruise, it was mainly a result of happenstance, as the Pirates films — quintessential Summer blockbusters — all have July release dates (okay, Curse of the Black Pearl is June 28), meaning they all recently celebrated their anniversaries.

And let me tell ya, while the second and third have aged horribly and are far worse films than my teenage self realized at the time, the original 2003 romp is perhaps the perfect movie as it seamlessly blends action, adventure, comedy, romance, and some genuine thrills. In hindsight, it’s no wonder Disney wound up making five of them as they desperately attempted to recapture the magic of the original.

Perhaps unfairly, movie fans have been expecting something similar out of Jungle Cruise, which, of course, is also based on a legendary stalwart Disneyland theme park ride, just like Pirates was. And while Jungle Cruise has its interspersed moments of swashbuckling charm, the film’s total sum winds up being an inconsistent yet certainly enjoyable time at the movies.

When introduced to and surrounded by the world and mythology of Jungle Cruise, particularly in its first and third acts, the film possesses traces of that ever-desirable Indiana Jones/Romancing The Stone/Pirates of the Caribbean vibe as it coasts on the pure, uncut movie stardom of its leading duo and the mythologically rich details of its lore.

The first 20 minutes or so, as The Rock and Emily Blunt’s Frank and Lily meet and team up for the first, best captures the essence Jungle Cruise is seeking to embody. From there, though, its actual namesake is what slows the movie down, as the second act — which is largely spent on the titular boat — suffers from underwhelming set-pieces, unconvincing CGI (the CGI, strangely, is an issue throughout), and time spent fleshing out a romance I never quite bought into.

That said, there’s no denying that The Rock and Emily Blunt, charisma personified, are predictably great, while the villains — particularly a deliciously hammy turn from Jesse Plemons — are also good fun. The introduction to the world and its lore is strong, while the ending is admittedly far more emotional than I would’ve predicted, especially considering my complaints about the romance between Frank and Lily.

Ultimately, though, I found myself let down by the plot, pacing, and action, which is a harsh criticism considering the swashbuckling adventures it’s trying to emulate. Pirates of the Caribbean is a must-watch adventure from start to finish, while Jungle Cruise had my eyes wandering towards my watch for about a quarter of its runtime. Just like Pirates, though, if they made another, I’d certainly watch it.