‘Jurassic World: Dominion’ Reviews Are All Over The Place, Which Is Unsurprising Considering It’s About Dinosaurs Overrunning Earth 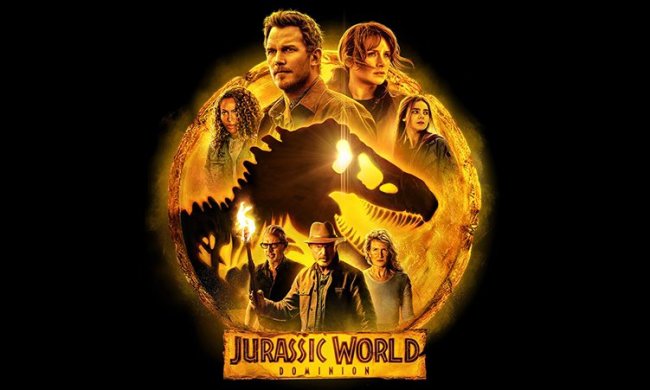 Did you know that Jurassic World is the seventh highest-grossing film of all time, behind only Avatar, Avengers: Endgame, Titanic, Star Wars: Episode VII – The Force Awakens, Avengers: Infinity War, and Spider-Man: No Way Home? In terms of financials, it’s literally one of the most successful movies ever made. Its sequel, 2018’s Jurassic World: Fallen Kingdom, is the 16th highest-grossing film of all time.

Given that, you’d think that the hype for the upcoming trilogy-ender Jurassic World: Dominion would be through the roof, right? From where I’m sitting, within the nexus of the online entertainment community, it certainly doesn’t feel that way, as projects such as Stranger Things 4, Obi-Wan Kenobi, Top Gun: Maverick and Ms. Marvel have dominated the pop cultural spotlight in recent weeks.

With Jurassic World: Dominion set to hit theaters this Friday, the first reviews of the film have begun to hit the internet and they’re generally all over the place, with the consensus seeming to be that it’s very stupid but also very fun, with the key to your enjoyment being how much stupidity you’re willing to tolerate.

Critics are divided on Jurassic World: Dominion in first reviews of the film

Truly, Jurassic World Dominion is bad. So bad. It’s too long, it’s wildly repetitive & the dinosaurs are window dressing for multiple uninteresting, unrelated stories. The actors do their best but its all just overindulgent & pointless. One of, if not the, worst in the franchise.

#JurassicWorldDominion rocks an excellent mix of practical & digital effects. Dinos look GREAT. Dimetrodon scene is … right up my alley. Bryce Dallas Howard runs away with the movie — & new trilogy for that matter. Claire experiences one heck of an arc & Howard soars with it. pic.twitter.com/5qWYkddi9e

It delivers the spectacle you expect, but #JurassicWorldDominion feels underwhelming for a finale as it treads familiar ground. Lovely to see the OG trio though and their strand is the strongest, even if it unwittingly highlights how bland the JW characters are by comparison. pic.twitter.com/IT2yXfhMFY

#JurassicWorldDominion = BAD. It ignores the premise it should’ve had from the start, instead synthetically engineering 2 entirely different, uninteresting & hollow stories that it struggles to connect. Some effects look polished, some ropey. Worst of the franchise. pic.twitter.com/0xbyUR6O9d

Let’s be clear…it doesn’t matter what I say about #JurassicWorldDominion – it's going to make so much money. It defies logic. It's a movie where things just happen and people know things "because" – smoke a joint, go drunk and have the time of your life. Nostalgia on overdrive. pic.twitter.com/eD7hViPYSd

#jurassicworlddominion is a big, roaring fun adventure. The dinosaurs are bigger and better than ever. It's non-stop Dinosaur action. And Laura Dern, Jeff Goldblum and Sam Neill's return hit the nostalgic spots. I just love them. pic.twitter.com/Z7kvy3SkpO

It pains me to say this, but I did NOT like #JurassicWorldDominion — the story was convoluted & all over the place, and it didn’t feel special. There’s no magic or heart to it, and it doesn’t capture the awe-inspiring feeling of the original at all. Not sure who it’s even for. pic.twitter.com/WjhVJaY9Nv

It brings me no joy to report that #JurassicWorldDominion is a MASSIVE disappointment. While the film does feature some incredible dinosaur sequences and it is great to see the original cast back on the big screen, the film fails to deliver on what the previous films promise. pic.twitter.com/AsGoqMsrSf

This won’t be the last of we see of Chris Pratt this summer either, as he’ll also be starring in the Prime Video series The Terminal List, which debuts on July 1.