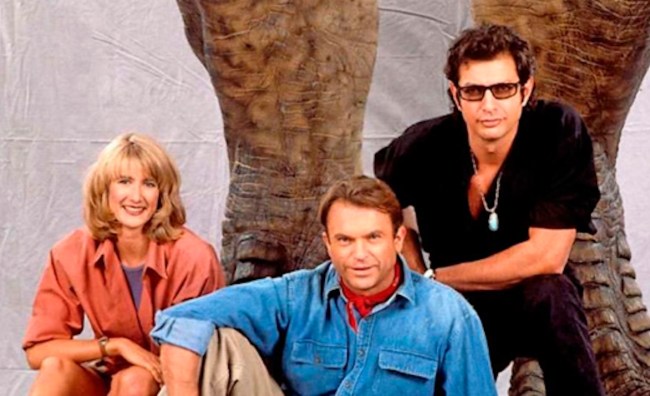 The original Jurassic Park is one of the best movies in the history of American cinema. In terms of how it progressed the medium forward, it was a truly revolutionary film. All of the praise ad plaudits its received in the nearly 30 years since are well-deserved. But can the franchise say the same?

Everybody knows The Lost World was solid and Jurassic Park III was an absolute joke — we get all that. But what about the modern-day franchise? Look, I enjoy Chris Pratt just as much as the next guy, but still, the fact that Jurassic World — a wildly average — is the sixth highest-grossing movie of all-time is stunning. It’s just okay! And the sequel, Fallen Kingdom, is even worse, crossing the line from solid to purely bad, and yet it’s still the 15th highest-grossing movie of all-time. I guess what I’m trying to say is that when it comes to massive blockbuster franchises, the latest incarnation of Jurassic just doesn’t do it for me.

And yet… I can’t help but be intrigued by these recent comments from Sam Neill, who famously starred as Dr. Alan Grant in the original film. In a recent interview with Yahoo, Neill revealed that he, Jeff Goldblum, and Laura Dern — the starring trio in the groundbreaking 1993 film — are a presence throughout the entire film and aren’t being relegated to simple cameo duties.

“We’re all the way through the film, Jeff [Goldblum], and me, and Laura [Dern]” Neill tells Yahoo Movies UK while promoting his new film Ride Like A Girl, out this week on PVOD, but he admits he “probably won’t be running quite as fast as I was 27 years ago”

Nonetheless, Neill says he’s “raring to go” on the latest instalment of the franchise. Production on Colin Trevorrow’s film was put on a hiatus on 13 March, ten days prior to the UK’s full lockdown, and is due to resume at Pinewood Studios on 6 July. The UK studio is reported to have spent in the region of $5 million to keep their facilities COVID-19 free. [via Yahoo]

While Jurassic World remains far from being one of my favorite movie franchises, these latest comments certainly have made me more excited for the upcoming finale.

At this time, Jurassic World: Dominion is set to be released in theaters in the United States on Friday, June 11, 2021.