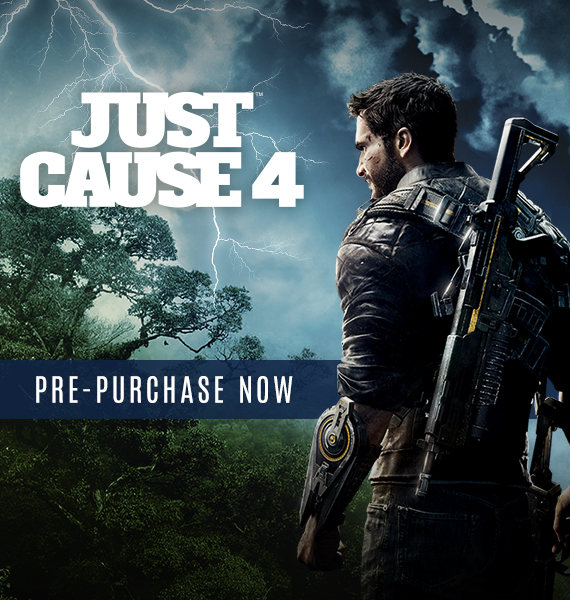 Just Cause 4 is definitely coming to a game console near you soon. We know this not because the game’s developer Avalanche Studios released a promo, but because Steam accidentally leaked an advertisement for the hugely popular video game. The appeal of getting those super early preorders must have been too enticing.

Steam quickly removed the listing, but not before the ad was screen-capped and shared. The game’s publisher Square Enix would have probably preferred to have an exciting reveal during their conference at E3 2018. We’re sure to get an official confirmation about Just Cause 4 during their showcase on Monday, June 11 at 10 AM PT / 1 PM ET. During their presentation, you’ll also get updates on other massive games such as Kingdom Hearts 3 and Shadow of the Tomb Raider.
at which takes place

Just Cause 4 was one of the many games including Splinter Cell, Borderlands 3, Rage 2, and Gears of War 5 that leaked from a Walmart listing last month.

Now we eagerly await for the release of Just Cause 4.