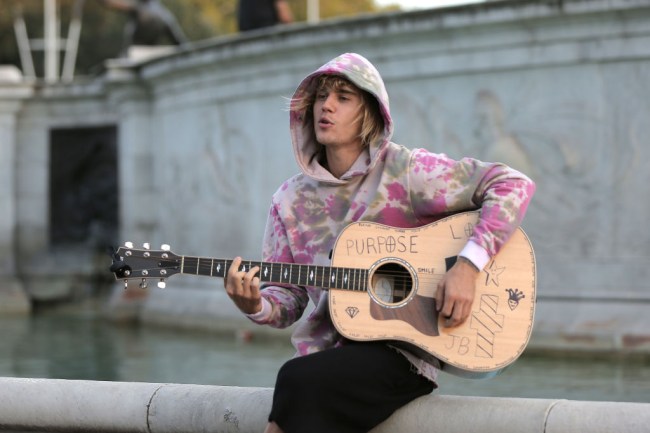 Justin Bieber posted on his IG story that he likes Eminem's flow but doesn't like the Eminem dissing to other new rappers. He just don't understand it pic.twitter.com/SybXPgc9xp

This seems to be an extremely tardy response to Eminem’s track The Ringer, which was released LAST August. The Ringer, from Em’s 2018 Kamikaze album, takes shots at the current state of hip-hop and the rise of “mumble rap” artists such as Lil Yachty, Lil Pump, Lil Xan, Vince Staples, 21 Savage and Machine Gun Kelly.

Lyrics from The Ringer:

So finger-bang, chicken wang, MGK, Igg’ Azae’
Lil Pump, Lil Xan imitate Lil Wayne
I should aim at everybody in the game, pick a name
I’m fed up with bein’ humble
And rumor is I’m hungry, I’m sure you heard bumblings
I heard you wanna rumble like an empty stomach
I heard your mumblin’ but it’s jumbled in mumbo-jumbo
The era that I’m from will pummel you, that’s what it’s comin’ to
What the f*ck you’re gonna do when you run into it?

Based on how Eminem easily handled Machine Gun Kelly with the diss track Killshot, it doesn’t seem wise to go after the Rap God rapper, especially for someone like Justine Bieber.

Eminem has mentioned Bieber in lyrics before including last December’s Kick Off freestyle where he said: “Justin Bieber in a Catholic school/Selling dust and reefer when your back is to him.”

Bieber hasn’t released a new album since 2015 and is expected to have a new album out this year, which could explain why he’s looking for attention.