Justin Bieber’s Worth Over $250 Million But Is Reportedly Refusing To Get A Prenup Because Love, Bro, Love 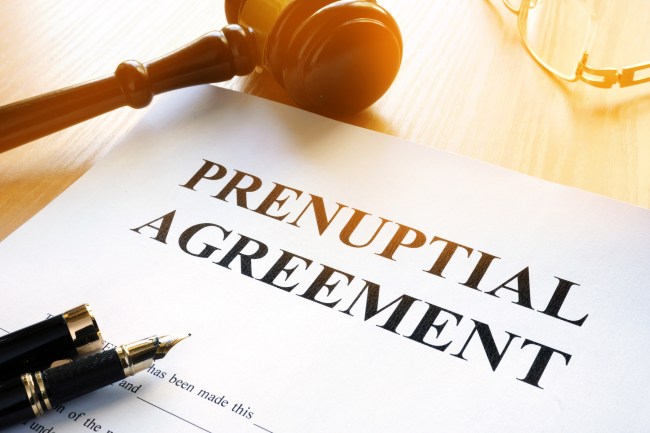 If you hadn’t heard, Justin Bieber has found love. The 26-year-old pop star with a reported $268 million recently got engaged to 21-year-old Hailey Baldwin, the daughter of actor Stephen Baldwin who is the brother of more famous actor Alec Baldwin.

First and foremost, Justin Bieber is wildly successful. The Canadian singer-songwriter has amassed hundreds of millions of fans worldwide by banging out catchy radio songs and club tracks. He’s sold over 44.7 million albums in the US alone and who the hell even buys albums anymore?!

This, in turn, has made Justin Bieber a very wealthy man. His estimated net worth is somewhere in the realm of $268 million according to the Daily Mail.

His bride-to-be, Hailey Baldwin, is rich. Her dad’s rich. She’s made some money on her own as a model with the reputable Ford Models agency, appearing in photoshoots for Vogue, Teen Vogue, Top Shop, Ralph Lauren, and more. According to Elite Daily, Hailey Baldwin’s net worth was somewhere in the realm of $3 million as of last year.

She’s rich. Justin Bieber’s absurdly wealthy. They’re getting married. And he’s about to make a colossal mistake if these reports are true.

The Daily Mail is reporting that he’s refusing to get a prenuptial agreement and protect his wealth because he plans on being married ‘forever’. Which, to be fair, is what everyone who gets married plans for themselves. You rarely get married with the anticipation of getting divorced unless it’s one of those Green Card marriages I used to hear about with bartenders in NYC.

‘He refuses to get a prenup,’ says a source. ‘He’s deeply religious and believes that marriage is for life and divorce isn’t an option.’
But his team thinks that he should be more careful and get a prenup, sources tell the publication.
‘They think Justin is being naive,’ said the insider. ‘Justin’s family and management hope that he and Hailey work out but at the same time they want him to protect his assets.’

There have been rumors that they’re already married and went ahead and tied the knot in a small ceremony while planning a big ass blowout wedding in Canada in the near future. I just learned about these rumors because I’m apparently not tapped into celebrity gossip at all but I guess this might explain the trepidation about a prenup if they’re already married. I’m not sure if you can get one retroactively.

Side note: why does Justin look like LeBron James is granting him a Make-A-Wish Foundation wish here?

Regardless of whether or not you plan on marrying someone forever if you’re worth more than a quarter billion dollars you should 100% have a prenuptial agreement. It doesn’t kill the romance. It protects you and the people around you in the worst case scenario. You don’t want to paint out the million different possibilities of how things can go wrong, you just acknowledge that sometimes shit happens and you get the prenup.

Be smart, Justin, get the prenup.