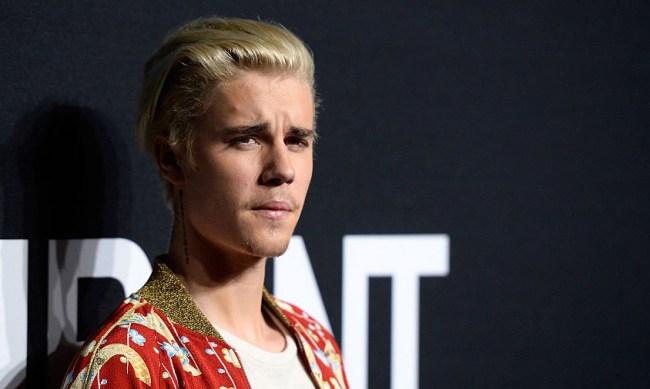 Here’s something to keep in mind the next time one of your buddies says that he doesn’t think Justin Bieber’s songs are really that bad: he might very well be a psychopath. No, not Bieber, although…..No, no, I meant your friend.

At least that’s the case according to a new study conducted by Pascal Wallisch, a psychology professor at New York University and Nicole Leal, a recent NYU grad. And who are we to doubt people with credentials like that, am I right?

For the study, the Washington Post reports researchers gave more than 190 NYU psychology students a questionnaire that rated each person’s level of psychopathy.

The students listened to a songs from a wide range of musical selections, from classical to recent Billboard 100 songs, and rated them on a seven-point scale. Most of the songs were unfamiliar to the students. Wallisch and Leal looked for correlations between preferences for certain songs and the students’ scores on the psychopathy scale. They identified about 20 songs that seemed to be particularly popular or unpopular depending on the listener’s level of psychopathy.

The researchers then ran the numbers in the opposite direction. They had other students listen to those songs with the highest correlations to the psychopathy scale and rate the songs. The students’ reactions to the songs predicted to some extent their own scores on the psychopathy scale. The study hasn’t been published in a peer-reviewed journal, and like all early studies may not hold up, but it was presented at the Society for Neuroscience meeting that is being held in Washington this week with about 30,000 attendees.

What Wallisch, Leal and their researchers discovered is that Justin Bieber’s “What Do You Mean” is one of the songs that scored highest with students on the psychopathy scale.

Meanwhile, some of the songs that caused students to score low on the psychopathy scale were Dire Straits’ “Money for Nothing,” country song “Wayward Wind” and The Knack’s “My Sharona.”

Wallisch and Leal say they have not discovered a pattern yet, if there even is one to be found, as to why certain songs are more popular or unpopular with people who have psychopathic tendencies, but hope that this knowledge can be used at some point could be used as part of a screening test, according to ShortList.

“The cliche is they [psychopaths] are all in prison, but they’re all over,” Wallisch said.