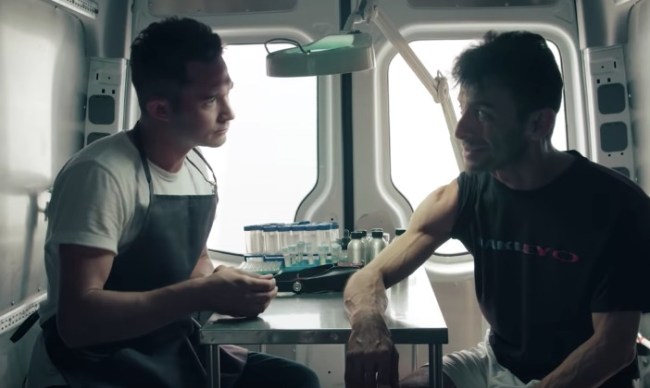 I mentioned this earlier in the week but anyone out there who enjoys watching magic in the slightest bit should 100% start watching Magic for Humans with Justin Willman on Netflix.

Last weekend I binge-watched my way through all six episodes on Netflix and I was stoked to share a clip with you all on Monday. I wasn’t quite sure how much that clip would gel with you readers but I was blown away by the response because it was one of the top-shared articles of the month.

If you missed that clip, the premise is this: magician Justin Willman convinces a man that he’s gone invisible/disappeared after working with a crowd to coach them on how to act and convince they guy he’s disappeared. He does use some magic and appear to make another person disappear, but the bread and butter of the trick is watching the guy’s reaction as he believes he’s completely disappeared from the world. Check it out.

Another great clip from Magic for Humans on Netflix was a bit where he pretended to be a guy on the street selling flowers and would stop passers-by only to flip the switch and pretend to be a conspiracy theorist.

Well, once in the van he then convinced these people that the government had put some sort of a tracker in their skin while they were knocked out for surgery. The tracker looks straight out of The Matrix and it’s creepy AF.

The episode is titled ‘Seeing is Believing’ (4th episode of 6) and the entire bit is designed to show how people are willing to pretty much believe anything their eyes see.

Watching this over the weekend on Netflix I was sitting there wondering how in the hell he could pull this off. If any magicians out there want to pop in the comments and drop some knowledge on me I’d be delighted.

My theory was that he used some sort of chameleon-like fabric designed to mimic the color of the person’s skin. My hunch is that he probably had several of these tracker-extracting devices ready to go in his van and pulled whichever one most closely matched the hue of the person’s skin and from there he just had to sell it because the person was already willing to believe.

WATCH NEXT: Magician Pranks A Guy Into Thinking He’s Invisible In Front Of A Crowd, Guy Loses It

Anyway, if you haven’t seen the clip where he convinces a guy he’s disappeared it’s amazing. It was one of the top trending videos on YouTube over the weekend and I highly suggest checking it out above!