Kanye West Is Playing All You Idiots Like An Instrument 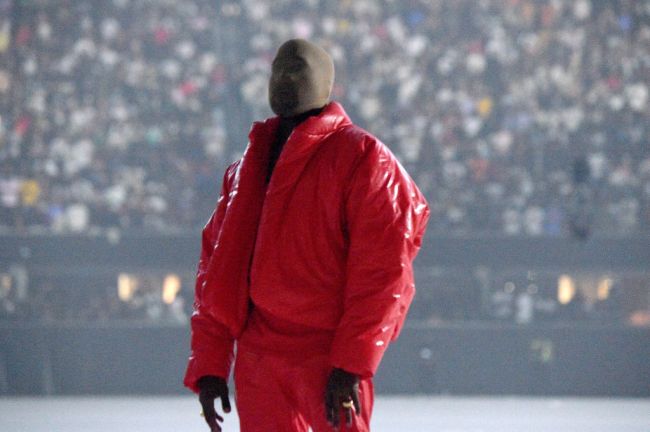 What’s the last *legitimately great* record that Kanye West put out? It’s gotta be My Beautiful Dark Twisted Fantasy, right? It certainly ain’t the one that says “I hate being bipolar, it’s awesome” on it — an album I simply refuse to look up its actual name because of how ridiculous the cover art is and how below average the music was. And do you want to know why it’s been so long since Kanye put out good music? Because he isn’t an artist anymore — he’s a business. He’s a salesman. He’s a con artist.

Just look at the “roll out” of his newest “album” Donda, which we have ZERO proof of actually existing. Kanye has hosted two massive listening parties at the Mercedes-Benz Stadium in Atlanta, selling over $7 million in merch in the process. Did the album actually release on any of its promised release dates, though? Of course not! All Kanye did was put some pantyhose on his face, toss on what appears to be a flotation device that’s deployed during plane crashes as a jacket, and bob his head to his own music and now he’s $7 million richer. And for what? A Jay-Z verse that was cobbled together mere hours before it was teased?

Now, after missing its previous target release dates, reports are indicating that Donda will finally drop on August 20. But does anyone actually believe that? Of course not. Especially Kanye. You see, Kanye knows his fans are idiots. He knows they’ll pack into a stadium to watch Kanye hit the play button on his iPhone before buying a $70 t-shirt on their way out. That’s how and why he’s able to get away with all the shit he pulls. Kanye West is playing his fans like a fiddle. Perhaps they’ll realize it when Donda is once again delayed.

RELATED: Kanye West Is Living In A Self-Imposed Prison At Mercedes-Benz Stadium