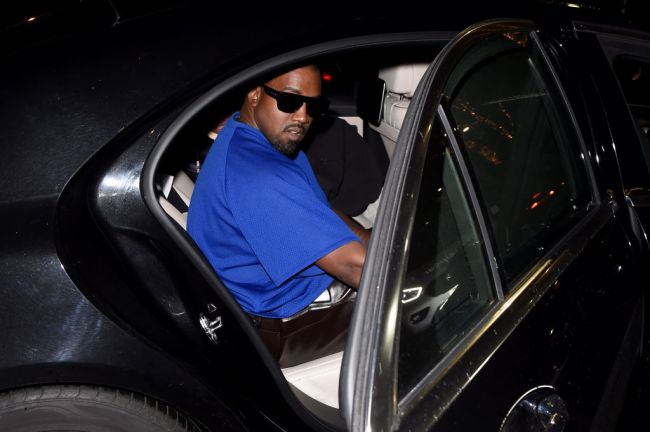 I don’t understand the fashion industry. I just don’t.

While I am all for style, gear and looking good, I will never be able to wrap my head around some (a lot) of the things that are considered “fashion.” Take Kanye West’s full-coverage face mask, for example.

Yeezy sat front row at the Balenciaga Fall 2021 Couture show at Paris Haute Couture Fashion week on Wednesday. While most people were admiring the latest looks and designs on the runway, many viewers were drawn to Mr. West and his headwear.

I’m not entirely confident that he was able to see the show, but as he sat and watched, he wore a custom Harley Davidson mask. It was a unique look, to say the least.

I am a huge Kanye fan. I don’t really know anyone who isn’t.

However, I really cannot wrap my head around his outfit. In addition to the strange, intimidating mask (maybe it means a reincarnation of Yeezus?), he wore a YZY GAP (his own brand) jacket and Montbell America Stretch Pants.

I can’t tell you confidently what half of that means, but I can tell you that he looked like the Michelin Man’s evil twin.

And then, of course, he rocked a pair of custom Foam Runners, which were drawn on by his kids. I take the least objection to the shoes and think the family element is cool. I still don’t “get” the appeal.

Something to laugh about.

With that all being said, I am sitting at my desk commenting on his clothes (which are probably worth more than I am) while he sits next to James Harden and Lil Baby wearing them. So the joke is on me.

The joke was also on the paparazzi in Paris. Photographers lined up for hours ahead of the show, waiting for celebrities and icons to arrive.

When Kanye arrived wearing his mask, nobody knew. He got out of his van and ran right through the door before anyone could take his photo or realize what hit them.

Kanye West really faked paparazzi out with the mask 😂 🧸 pic.twitter.com/k9jZvhY8uF

Knowing Ye, who has been in the middle of a very public divorce and constant scrutiny, the face mask was likely intentional. It was very well done, but I still don’t understand.