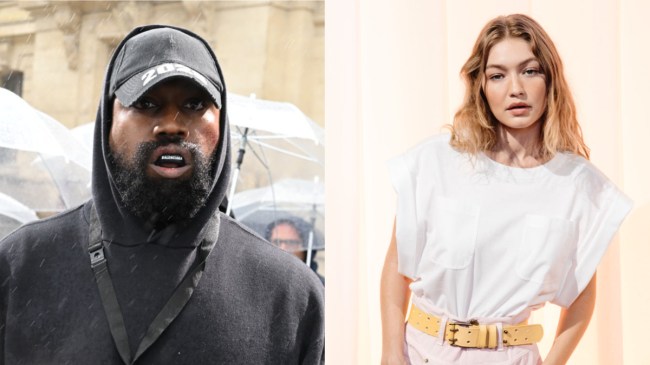 Kanye West is in the midst of yet another patented Instagram meltdown, with his primary target being fellow rapper and mogul Diddy.

In addition to his shots at Diddy, though, the 45-year-old father of four also called out 27-year-old model Gigi Hadid by posting a screenshot of an Instagram comment she left on Instagram.

The reason that West called out Hadid — who he also referred to as a “zombie” and “privileged Karen born with a silver spoon in her mouth” — for not speaking up when his “child was kidnapped on her birthday.”

“I’m not finna get ran over by Hollywood again,” West decalred on Instagram.

“Gigi, you a privileged Karen. You were born with a silver spoon in your mouth. You’re a zombie. You speak up here but didn’t speak up when my child was kidnapped on her birthday.” 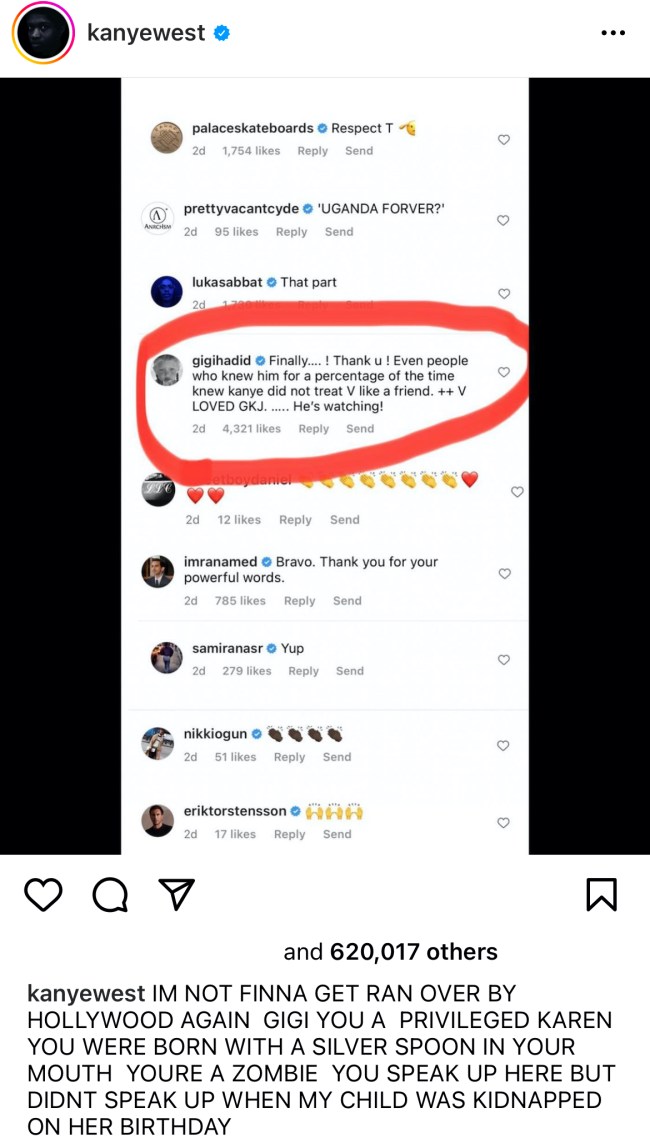 The latest circus of headlines surrounding the perpetually controversial Instagram influence comes after he was seen wearing a shirt that said “White Lives Matter” on it during his YZY presentation at Paris Fashion Week. In his string of texts with Diddy that he posted to Instagram, West claimed that the shirts were going to be available for purchase beginning today (Friday, October 7).

While the shirt obviously set social media ablaze, it also had the likes of Diddy chiming in on the matter — who originally defended Kanye as a “free thinker” but now may regret that — on The Breakfast Club and fellow chaos-causer Antonio Brown.

According to Kanye, the reason for the White Lives Matter shirt is because he believes that Black Lives Matter — which he’s taking credit for being “over now” — is a scam.

RELATED: Kanye Is Now Beefing With Diddy, Shares Private Texts Of Them Arguing, Says He’ll Use Diddy As ‘An Example To Jewish People’