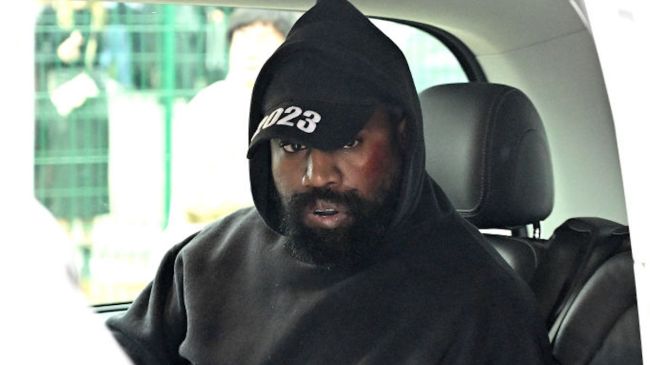 Kanye West appears to be really digging his heels in following his recent antisemitic remarks on Instagram and Twitter as the controversial fashion designer, Instagram influencer and former rapper recently said that he’s “happy he crossed the line.”

West, who apparently has a history of these sorts of antisemitic remarks — not only was a recent episode of HBO’s The Shop pulled due to similar comments but former TMZ employee Van Lathan claimed that Kanye once said he “loved Hitler and Nazis” — made the “crossed the line” remarks after news broke that JPMorgan Chase had closed his accounts.

“Hey, if you call somebody out for bad business, that means you’re being anti-Semitic. I feel happy to have crossed the line of that idea so we can speak openly about things like getting canceled by a bank,” West told our photographers, before calling himself “the richest black man in American history.” [via PageSix]

On Instagram, sharing an apparent text message exchange with Diddy, West said he was going to use Sean Combs as an “example” to Jewish people. Then — hopping over to Twitter after Instagram locked his account — West said the following:

After years of controversial, erratic, and offensive behavior, perhaps this latest egregious fiasco that Kanye has engineered will be the one that finally results in some legitimate repercussions.

RELATED: Elon Musk Reached Out To Kanye West About His Anti-Semitic Tweet, Which Will Surely Make Things Bett