Kanye West Is Letting Go Of All His Grudges Because Queen Elizabeth II Died (Yes, Seriously) 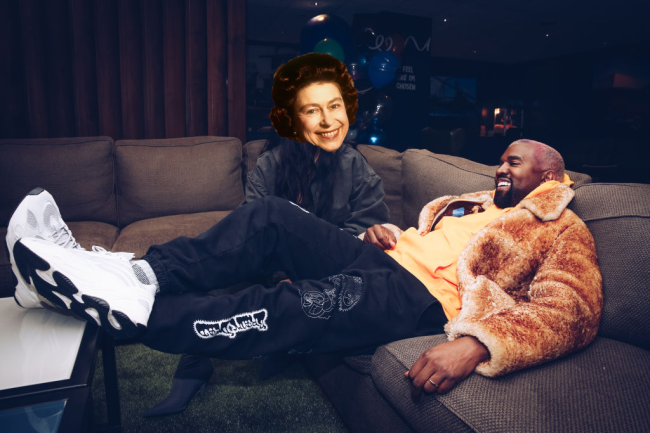 Clearly not one to let a headline wave pass him by without hitching a ride, 44-year-old rapper and Instagram celebrity Kanye West took to his favorite social media platform to pay tribute to Queen Elizabeth II in the most Kanye way possible.

On Instagram, accompanied by a couple of photos of Queen Elizabeth in her younger years, West wrote: “Life is precious. Releasing all grudges today. Leaning into the light.”

Over-under 3.5 days till Kanye calls Pete Davidson “Skete”? I’m taking bets. It’ll certainly be interesting to see how Kanye West chooses to use his Instagram going forward, as the rapper’s primary usage of the app seemed to be airing his grievances and grudges to the public.

West’s apparent intention to let go of all his beefs comes just about a week after he took to Instagram to share his private text messages with his ex-wife Kim Kardashian, which saw Kanye taking issue with where their children are going to school.

During the exchange, Kanye mentioned Kardashian’s connections to the Clinton family while also declaring that his children will not do “Playboy or sex tapes.”