Kazakhstan’s Tourism Board Has Changed Its Official Slogan To ‘Very Nice!’ And I Like It As Much As My Wife 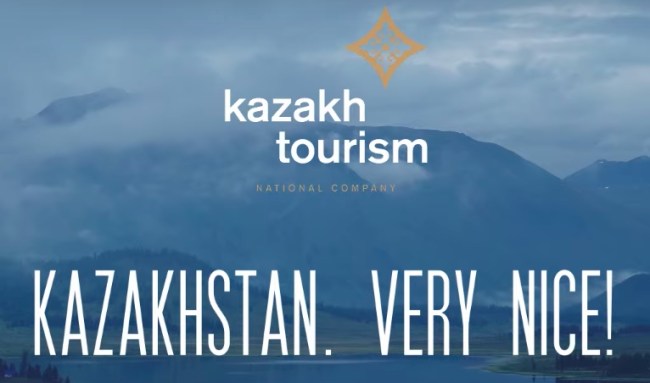 14 years ago, Sacha Baron Cohen took one of the many characters he created for The Da Ali G Show to the big screen when he starred in Borat: Cultural Learnings of America for Make Benefit Glorious Nation of Kazakhstan, where he masqueraded as a foreign reporter with the goal of putting America under a microscope and produced some hilarious (and somewhat shocking) results in the process.

The film was well-received by critics and audiences alike but it’s safe to say the country he claimed to hail from was less than pleased with how it was portrayed, and as Vice highlighted a few years ago, it unleashed a public relations blitz in an attempt to protect the image some believed Cohen intentionally attempted to tarnish and even debated banning the movie before ultimately deciding against it. However, it slowly but surely embraced Borat after it became clear he actually did make benefit thanks to the boost in tourist revenue the character helped generate.

Like Christopher Walken, Arnold Schwarzenegger, and Donald Trump, Borat is one of those cultural figures that basically everyone thinks they can do a killer impression of and I’d argue its most lasting legacy is the many catchphrases people continue to quote to this day—including “Wawawewa,” “I like!” and “My wife!” (the last of which I genuinely debated pulling out on the altar during my wedding before ultimately deciding to spare my bride).

Last month, we learned Cohen had secretly filmed a sequel to the comedy officially titled Borat Subsequent Moviefilm: Delivery of Prodigious Bribe to American Regime for Make Benefit Once Glorious Nation of Kazakhstan. It appears the country has decided to capitalize on the development after the movie began streaming last week, as its tourism board recently released a video where it announced it has adopted “Very Nice!” as its official slogan featuring a quartet of ads highlighting some sights that are decidedly more glamorous than the town Borat hails from (which is actually a filming location in Romania).

I feel like there’s a good chance I’m falling into a trap here, as it could only be a matter of time until they release another video that says the change was actually a “Not!” joke. However, if that indeed ends up being the case, I’ll respect them even more than I do for this move.