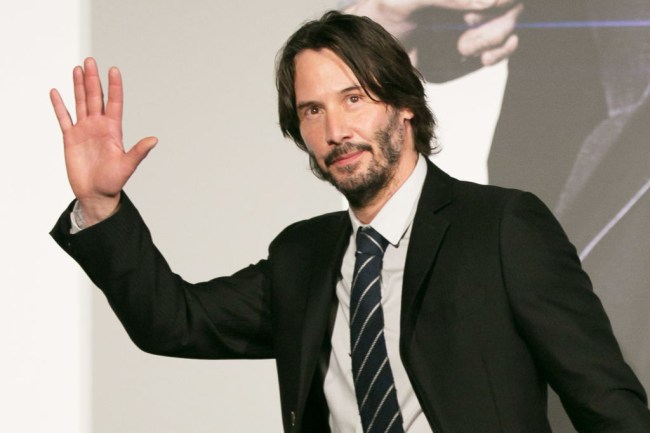 Keanu Reeves seems to be very down-to-earth despite being a huge Hollywood star and arguably one of the greatest action heroes in history. An awesome story recently emerged from years ago and it paints Keanu as a very endearing person despite being a massive celebrity.

Writer James Dator shared a touching story about the time he met Keanu Reeves in honor of John Wick: Chapter 3 – Parabellum‘s opening weekend. In the Twitter thread that was posted on Friday, Dator shared his experience of sneakily attempting to get an autograph from Keanu in 2001. Dator worked at a movie theater in Sydney and Reeves walked in on a Wednesday morning to see Johnny Depp’s movie From Hell.

The then-16-year-old Dator was starstruck because this was when The Matrix was such a huge cultural phenomenon and there was Neo standing right in front of him. James offered Reeves his employee discount. The reason was not to save the mega-successful Hollywood actor money, but to cleverly snag Keanu’s autograph by having him sign a sheet for the discount.

RELATED: Keanu Reeves Plays With Puppies While Revealing The Superhero He’d Most Want To Play And Craziest ‘John Wick’ Stunt

“I don’t work here,” Keanu says of the employee discount. Dator doesn’t ask Keanu for the autograph and rings him up at the full price. “Two minutes later there’s a knock on the door behind me that leads into the box office. I assume it’s my manager. It’s Keanu,” Dator writes.

“I realized you probably wanted my autograph,” Reeves tells him. “So I signed this.” The John Wick star handed James a receipt from the concessions stand that had his autograph on the back.

“He then casually throws an ice cream cone in the trash can and sees his movie,” Dator says. “I realize later that he bought an ice cream cone he didn’t want, just to get receipt paper so he could scribble his autograph for a 16-year-old idiot.”

Dator’s Twitter thread went viral and the original tweet has nearly 20,000 RT’s and over 50,000 Likes. What a fantastic story.

Keanu came to the movie theater I worked at in Sydney in 2001. He was working on the Matrix series at the time. It’s a quiet, Wednesday morning — almost nobody is seeing movies.

He wants to buy a ticket for “From Hell,” the Johnny Depp movie. I’m so fucking star struck I do what any sensible 16-year-old does and tell him I’d like to give him my employee discount. This means he needs to sign my sheet and therefore I have his autograph

2 minutes later there’s a knock on the door behind me that leads into the box office. I assume it’s my manager. It’s Keanu.

I realize later that he bought an ice cream cone he didn’t want, just to get receipt paper so he could scribble his autograph for a 16-year-old idiot.

RELATED: Videos Of Keanu Reeves Being Trained Gun Tactics By A Navy SEAL For ‘John Wick 3’ Is So Interesting To Watch