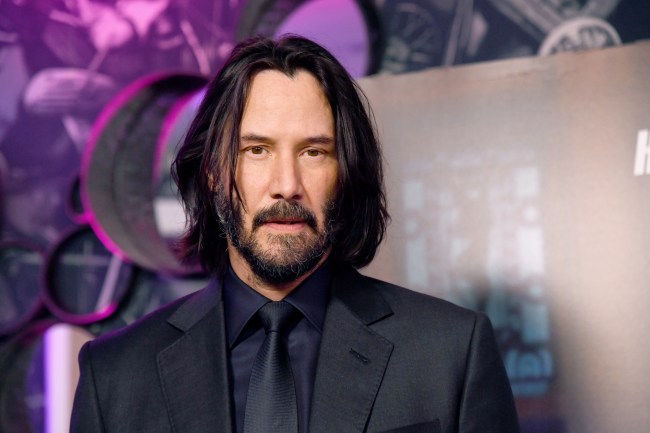 Here’s what’s truly incredible about the soon-to-be-released The Matrix: Resurrections: the franchise’s star, 57-year-old Keanu Reeves, is arguably bigger *now* than he was when the original groundbreaking film (and to a lesser extent, the not-as-great sequels) hit theaters in March of 1999. In fact, given that the John Wick franchise is set to consist of (at least) five films, it can further be argued that Reeves has since found a more iconic role than the one of Neo, who became a pop culture staple in his own right.

And while the incredible John Wick franchise has certainly elevated his status, the true secret sauce in his post-40s revival has been his almost monk-esque personality. And the best part about that is there’s not a doubt in anyone’s mind that what they’re seeing is authentic: Keanu Reeves really is the person he presents himself to be and that’s a rarity in life in general, let alone Hollywood. The only reason stories like this, stories of his kindness, get any attention is because of those around Reeves. If it were up to him, similar to his charity work, it would all remain private.

Unfortunately, the general public has a far bigger ego than Reeves and feels the need to share these things with the world, hence these photos of the Rolexes he bought for the stunt team on John Wick 4.

Keanu such a generous man, he gifted his entire crew with watches as a wrap up presents. 📸jeremy skillz #keanureeves pic.twitter.com/Rl5oIrPMd8

Once again, the legend of Keanu Reeves has continued to grow.