Celebrating The Most “Keanu” Things Keanu Reeves Has Ever Done 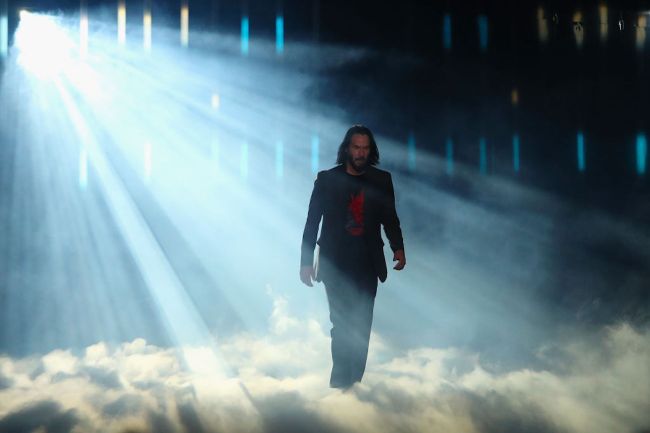 With Point Break, Speed, The Matrix, and John Wick under his belt, I argue that I legitimate case can be made that Keanu Reeves is one of the truly great action stars of the last quarter-century. In fact, I’m convinced that the only reason The Matrix: Resurrections is happening is because of Reeves’ star power following the massive success of the John Wick franchise (which is currently filming its fourth entry with a fifth still to come, by the way).

Regardless of whether or not you agree with my assessment of Reeves’ place in action-movie history, there’s simply no denying that part of his fame — his legend — comes from his personality. Whether it be through on-camera interviews or behind-the-scenes anecdotes, the now 57-year-old actor has always come across as a humble, if not zen, guy. This aura has grown to such an extent that Rolling Stone published an article back in 2017 acknowledging as much by titling it The Tao of Keanu.

Keanu has become a brand unto himself — a brand of decency, of kindness, of clarity — and in celebration of his 57th birthday (September 2), we’re looking back at all the moments in his career that have helped make Keanu Reeves seem so… Keanu.

Being respectful as hell when he takes photos with women:

When he bought himself some ice cream just so he could give a shy kid his autograph: 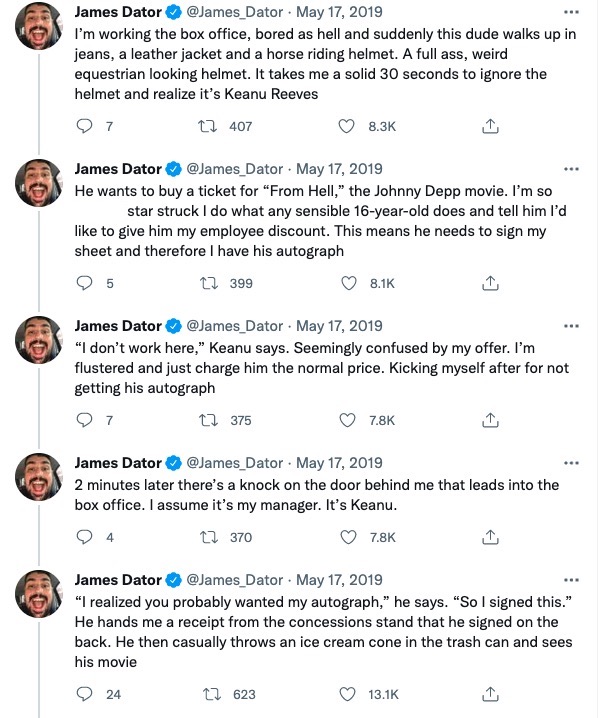 That time he befriended a bunch of strangers after their flight had to make an emergency landing:

Some of the passengers’ videos show that Reeves obviously believes in the longtime road trip missive that “getting there is half the fun”: during the bus ride, Reeves humorously read fun facts about Bakersfield to his fellow passengers, before using his phone and YouTube to play them a selection of music that was native to Bakersfield (country music that was created in the 1950s in and around the farming town). [via Time]

When he gave his $75 million in Matrix earnings to the cast and crew of the film:

Reeves reportedly gave each member of the crew $1 million each.

Donating to and running a charity without putting his name on it:

“I have a private foundation that’s been running for five or six years, and it helps aid a couple of children’s hospitals and cancer research. I don’t like to attach my name to it, I just let the foundation do what it does,” Reeves said in an interview with Ladies Home Journal back in 2009.

His answer to what happens when we die:

His role as himself in Always Be My Maybe:

Not only using public transportation but doing so in a gentlemanly fashion:

When he didn’t know Sandra Bullock had a crush on him despite having one on her:

Happy 57th, Keanu, and never change. Except for joining the Marvel Cinematic Universe or the DCEU — that’d be a change I’d happily welcome.