Kellen Winslow Jr. Jailed For Allegedly Touching Himself In Front Of A 77-Year-Old Woman While On Bail 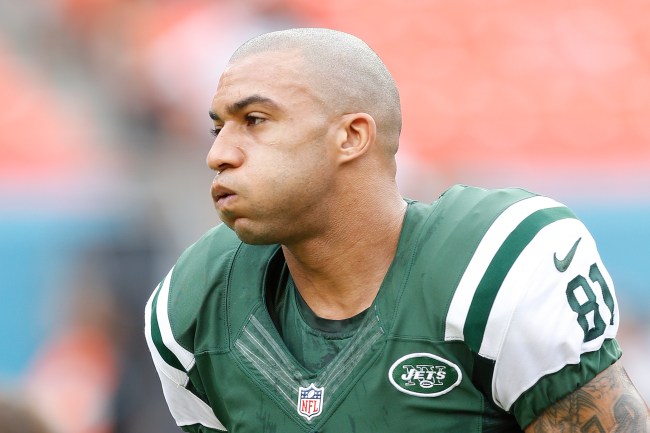 Kellen Winslow Jr., a former NFL tight end and objectively bad person, was bailed out of jail while fighting allegations that he kidnapped and raped two transient women, both of whom were in their 50s.

The 35-year-old, who faces life in prison if convicted of the crimes, posted $2 million bail in July and hasn’t subscribed to the ‘best behavior’ terms of his bail conditions.

Winslow is back behind bars after prosecutors claim slap two new allegations of sexual deviance on him, and they are disturbing.

According to Deputy District Attorney Dan Owens, Winslow was accused of touching himself and asking the elderly woman if she liked it while he was exercising in her vicinity in a San Diego area gym on Feb. 13.

That was just the beginning.

Nine days later, the woman was in a hot tub at the gym when Winslow got in wearing only a towel and engaged in lewd conduct. The San Diego Tribune reports that Winslow then touched the woman’s arm before touching her foot as she got out of the hot tub to report the incident.

Winslow was accused of two counts of lewd conduct and one count of battery of an elder and willful cruelty to an elder.

This is just the tip of the iceberg for the former Pro Bowler. Last May, he was accused of exposing himself to a woman in her 50s while she was on her lawn. This accusation occurred right before a woman came forward last summer claiming Winslow had raped her in 2003, when she was 17 years old.

Vista Superior Court Judge Blaine Bowman ordered Winslow jailed without bail, so we can all breathe a sigh of relief.