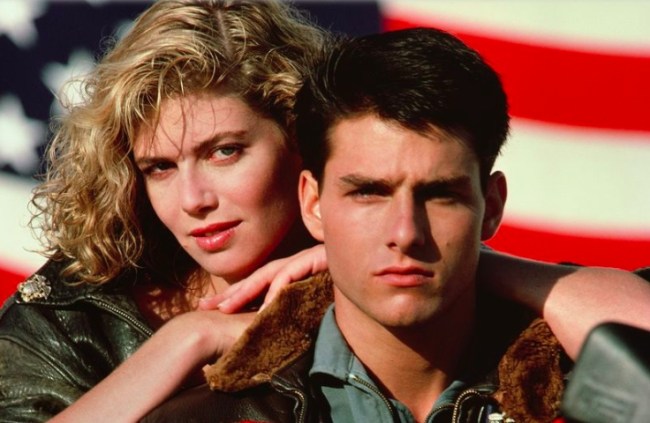 It’s been over thirty years since Top Gun, the highest grossing movie of 1986, hit theaters.

A sequel, titled Top Gun: Maverick is scheduled for release on June 26, 2020, and Val Kilmer (59) and Tom Cruise (57) will both be reprising their roles as Iceman and Maverick.

You will not see Maverick’s love interest, Charlie Blackwood (played by Kelly McGinnis) anywhere in the film, because, um, she wasn’t invited.

McGinnis, now 62, has been out of the spotlight for years, moving to North Carolina in 2002 to start a family, get run from a drug addiction, and “figure out who the hell” she was.

McGinnis was very candid when speaking with E! about why she wasn’t chosen to reprise her role as Charlie and harbors no ill will towards the powers that be.

‘I’m old and I’m fat and I look age-appropriate for what my age is, and that is not what that whole scene is about. But … I’d much rather feel absolutely secure in my skin and who and what I am at my age as opposed to placing a value on all that other stuff.’

Five years ago, the actress was diagnosed with alpha-1 antitrypsin deficiency, an inherited condition that raises your risk for lung and liver disease. Symptoms include shortness of breath, wheezing, repeated lung infections, and fatigue.

When asked whether or not she plans on attending any of the promotional events for the new film, McGinnis didn’t seem overly enthusiastic.

“Movies are odd things. I don’t really keep in touch with anybody,” she continued, adding that she has yet to see the trailer for the sequel. “I think I’ve spoken to a couple of people occasionally, but the truth is, movies are very odd work situations because you have a lot of people who come together from all different parts of the world.”

Top Gun 2: Kelly McGillis ‘I was NOT asked to return as I’m too old and fat for Hollywood’ https://t.co/oI0sxge0mr pic.twitter.com/HfOaJnba69

In 2002 Kelly divorced her second husband and in 2009, she publicly came out as a lesbian. She’s now all-in on raising her two children alone, and that is more important to her than being in a movie about two pilots trying to fuck each other.

She is, however, happy for Jennifer Connelly, who will play Maverick’s love interest–“I’m so glad that she got that opportunity. I’m glad for her.”