Ken Block Filmed A ‘Climbkhana’ Up Pikes Peak In His 1,400-HP Hoonicorn Mustang

156 turns over 12.42 miles. That’s what it takes to climb 4,000+ feet into an altitude of over 14,000 feet on Pikes Peak. There’s a reason it’s known as “The Race To The Clouds” — The Pikes Peak International Hill Climb is the second oldest automobile race in the United States, dating back to 1916 when Rea Lentz made it to the top in under 21 minutes.

Legendary drifter Ken Block did the hill climb in his own very Ken Bock way: In his 1965 1400-hp, duel turbocharged Ford Mustang Hoonicorn, which you might recognize from tearing up the streets of Los Angeles in Gymkhana Seven. In Climbkhana, the all-wheel-drive Ford Mustang screams up the legendary Pikes Peak Highway in true Ken Block fashion: Tire smoke everywhere, a few close calls with the side of the road, and some razor-sharp precision drifts.

Please ogle at the supreme American badassness of this car. 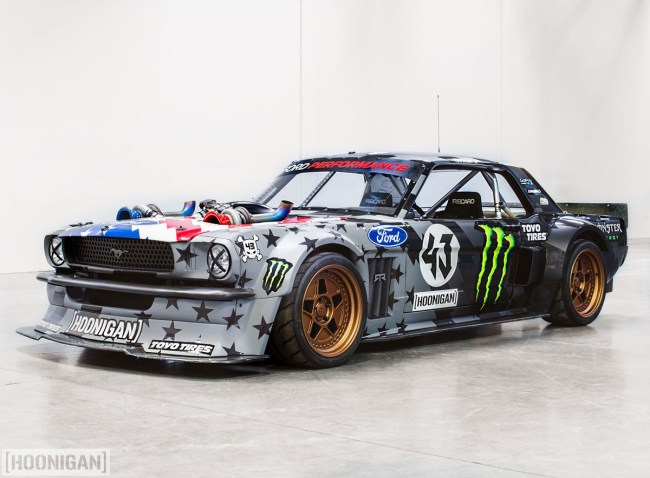