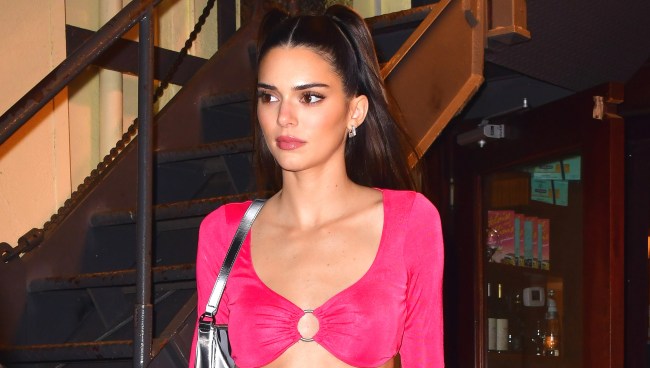 It’s been three years since the debacle that was the Fyre Festival took place, sort of, but the hits keep on coming thanks to the never-ending list of lawsuits that resulted from the disasterous event.

Five months ago it was reported that the trustee handling the Fyre Festival bankruptcy has filed 14 lawsuits in an effort to recover $14.4 million paid by Fyre Media to celebrities and musicians including Kendall Jenner, Emily Ratajkowski, Blink-182, Tyga, Pusha T, Desiigner, Skepta, Claptone, Bedouin, and others.

This week, he got a little bit of it back.

Kendall Jenner has been ordered to pay $90,000 to Gregory Messer, the trustee of the chapter seven bankruptcy for Fyre Media, who is also suing several companies and individuals including United Talent Agency, Creative Artists Agency and International Creative Management – who represented many of the celebrities, as well as American Express, ASC Tickets, Matte Productions – over proceeds from the Netflix documentary Fyre: The Greatest Party That Never Happened.

Jenner, who Messer claims in court documents was paid $275,000 for a single Instagram post promoting the Fyre Festival, was ordered to pay the $90,000 after the lawsuit stated she made is appear as though Fyre Festival “would be filled with famous models on an exotic private island with ‘first-class culinary experiences and a luxury atmosphere.'”

Trustees working to claw back money owed to investors, lenders and attendees of the 2017 bankrupt music extravaganza Fyre Festival settled a lawsuit with model and influencer Kendall Jenner for $90,000⁠—less than half of the $275,000 she was sued for in connection to a promotional Instagram post.⠀ ⠀ The lawsuit alleges that Jenner did not indicate she was paid for the Instagram post, and “intentionally led certain members of the public and ticket purchasers to believe” her brother-in-law Kanye West, could attend or perform at the festival.⠀ ⠀ Jenner denied any liability connected to the lawsuit, according to court documents; the settlement still requires a judge’s approval, and, as the Wall Street Journal reported, will avoid spending more time and money on litigation.⠀ ⠀ Fyre Festival⁠—which promised attendees (who paid anywhere from $500 to over $250,000) a two weekends-long party full of marquee music acts and models like Jenner and Bella Hadid⁠—was a failure. The reality, as chronicled in two documentaries and mocked extensively, involved FEMA tents, cheese sandwiches in foam containers and stranded festival-goers. ⠀ ⠀ None of the promised entertainers showed. The Fyre Festival fallout resulted in multiple lawsuits. Its founder, Billy McFarland, is serving a six year prison sentence for multiple fraudulent schemes. He requested compassionate release in light of the coronavirus pandemic. It was denied. #pulpmagazine🍊⠀#fyrefestival #kendalljenner ⠀ Via: Forbes⠀

Jenner also falsely made it appear that Kanye West was going to appear, as the lawsuit stated, “Further, Jenner’s reference to her ‘G.O.O.D. Music Family’ as ‘headliners’ at the Festival, intentionally led certain members of the public and ticket purchasers to believe that Jenner’s brother in law, famous musician and GOOD Music record label founder Kanye West, may be or would be performing at the Festival.

“In fact, Mr. West was never going to perform at the Festival. This conduct demonstrates a clear lack of good faith on Jenner’s part.”

She also did not make it clear in her Instagram post that she was being paid to promote the event.

Model Emily Ratajkowski, who was allegedly paid $300,000, also for a single Instagram post to promote the Fyre Festival, as well as several other celebrities, have yet to have their fates determined by the court.

The festival’s founder, Billy McFarland, who is currently serving time in prison on wire fraud charges had previously been ordered to pay restitution for the $26 million in funds he raised to create the event.