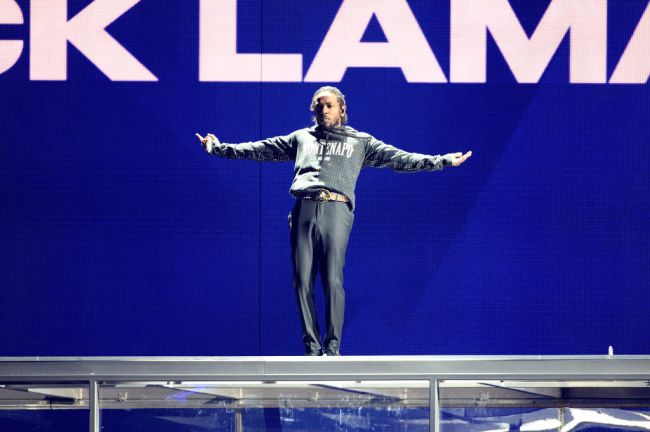 Kendrick Lamar has not dropped a new album since Damn. in 2017 but it looks like that is soon to change. In a note posted to a new website (Oklama.com) on Friday, Lamar offered an update on his next release, which will be his last with longtime label Top Dawg Entertainment.

Lamar wrote about how he has been spending his time and it sounds like he’s living his best life. The 34-year-old has been writing, listening and “collecting old Beach cruisers,” adding that “morning rides keep him on a hill of silence.”

While he didn’t offer any hard details about new music to come, Lamar said that he is producing his final TDE album. He has been with the label since Section.80 dropped in July of 2011.

“As I produce my final TDE album, I feel joy to have been a part of such a cultural imprint after 17 years,” he wrote. “The Struggles. The Success. And most importantly, the Brotherhood. May the Most High continue to use Top Dawg as a vessel for candid creators. As I continue to pursue my life’s calling.”

Lamar signed “Oklama,” but it is not clear what the word means. His note ended with a photo of him in the studio and the following message:

“There’s beauty in completion. And always faith in the unknown. Thank you for keeping me in your thoughts. I’ve prayed for you all. See you soon enough.”

Can we expect a timeline?

Although he has not released a solo album in four years, Lamar anchored the ‘Black Panther’ movie soundtrack and has been featured on track with 2 Chainz, Beyoncé, Rephael Saadiq and Busta Rhymes.

Back in June, it was announced that Lamar will be headlining at the Day N Vegas festival in November. The set is being billed as his only live performance of the year.

While that may seem like a good indicator that the new album will come before then, the Day N Vegas poster suggests that the performance will be retrospective rather than a chance to debut new music. Maybe it’s just a cover?

Of course, as with any inkling that new music from on of the greatest rapper of all-time is coming, the internet exploded with the Olama.com hint. Here are some of the best reactions:

What the hell is Oklama

Kendrick Lamar finna drop the most iconic piece of art of the 21 century pic.twitter.com/7uhkVVcGsR

Kendrick, Kanye and drake waiting for each other to drop their album first. pic.twitter.com/gRXsYtRVA1

The CEO of TDE when Kendrick Lamar said that he’s producing his “ final TDE album ” pic.twitter.com/Kqd4Izbo48