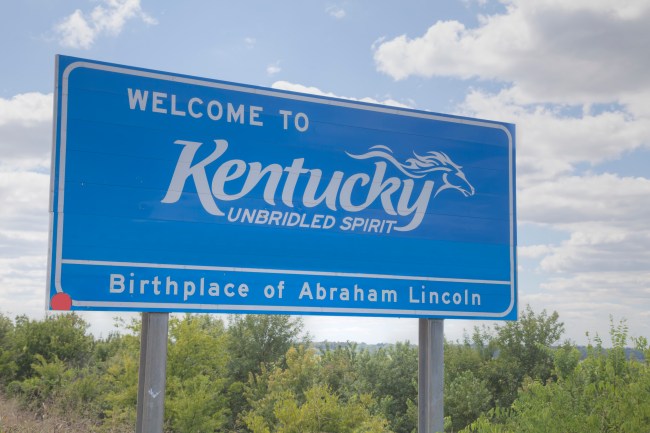 As Americans, we can sleep easy at night knowing that our state governments are allotting our tax monies to the most pressing issues—like infrastructure and health care and three-year long battles over a vanity license plate.

A judge ordered the Kentucky Transportation Cabinet to pay over $150,000 for the attorneys’ fees of a man who was denied of his request for a license plate that read “IM GOD,” CNN reports.

Fuck Kentucky for not letting this man keep using this plate pic.twitter.com/754kprseRQ

Ben “Bennie” Hart had been driving around Ohio with the same statement on his plate for over 10 years without issue. But when he moved to Kenton County, Kentucky in 2016, he was denied, as transportation officials sent him a letter saying his request was “not in good taste and would create the potential of distraction to other drivers and possibly confrontations,” according to court documents.

Hart, an atheist, then notified the Freedom From Religion Foundation and the ACLU of Kentucky, who filed a lawsuit on behalf of him in 2016, alleging a violation of his First Amendment rights.

(Sources haven’t confirmed whether Hart went through three pain-staking years in court simply so he could use this dad joke, but it’s a near certainty).

A lawyer for the state said that the ruling would be the same if Hart asked for a plate saying “IM ALLAH,” “IM BUDDHA,” or “IM SATAN.”

A United State district judge did not agree, as he ruled in Hart’s favor this past November, saying “To allow such plates as ‘IM4GOD’ and “LUVGOD’ but reject ‘IM GOD’ belies viewpoint neutrality.”

Judge Gregory Van Tatenhove ordered the Transportation Cabinet to pay Hart $150,715.50 in attorneys’ fees, and an extra $491.24 in litigation costs.

God always gets what He wants.