Ketamine Is One Helluva Drug: My Nightmare Trip On Horse Tranquilizers 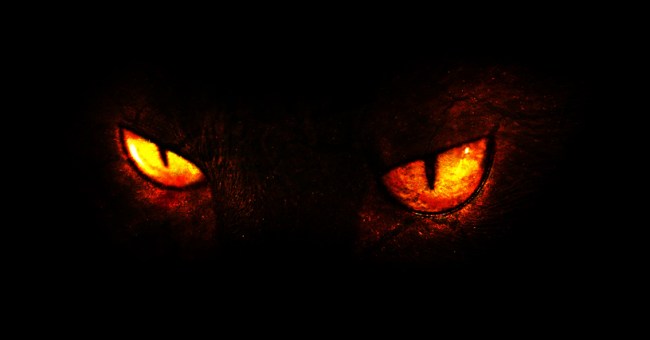 Ketamine, baby. While weed, coke, and all those molly cousins were glamming up the red carpet, Ketamine remained in the wings—the dutiful tech hand that doesn’t need a curtain call. Do your job and go home, says Ketamine. Perhaps you know it as Kit Kat, Cat Valium, or Cat Tranquilizer? No? Well, find a seat kids, because Mr. Frazzle is about to drive this magic school bus straight down tweaker alley!

If you’ve never experienced the Special K, don’t fret: it’s not as cool as everyone says it is. And trust me, a lot of people play it up to sound cool. I remember my friend Mark—who spelled his name with a C instead of a K but then changed it to K because he loved Ketamine so much—telling me about his first time. He said “my parents named me ‘Marc,’ as though it were short for ‘Marcrophone.’ Fortunately I tried ketamine, saddled a gryphon, rode straight to city hall, and changed the spelling.” Marc was a concert cellist who played first chair in the South Dakota Symphony Orchestra which, as symphony orchestras go, is quite bad. Flat, dissonant, uninspired, lacking cohesion… it’s not always their fault. Neither Dakotas have the funding to cultivate cellists at the age they do in places like Korea or Vermont. But at least Marc had something cool, something that he could use to get high school classmates to take off their underwear. Whereas Mark? Mark doesn’t work and I recently saw that his LinkedIn profile had zero skill endorsements. Not even public speaking! Everyone gets public speaking.

I should mention that Ketamine has nothing to do with Keto—the diet that helps the chubby lean out for their wedding before they re-inflate on the honeymoon. Instead, it’s a medication that was initially used to anesthetize people, and animals, for surgery. It was used heavily in the Vietnam War and has since shown value as a treatment for depression and chronic pain. Gary Gulman espoused its merits in his recent HBO special “The Great Depresh” (watch it, seriously). Like many drugs, if not for its proliferation on the street and in raves and other places where teenagers ruin everything, Ketamine would probably be a wonderful ingredient in our pie of a world.

Sadly, my experience with the drug was both unknowing and far from positive. I was 17 and living in England for a few months, having a great time and flossing constantly to set myself apart. One night, a kid from my school had some friends over to his “flat” (I put that in quotes to ensure you don’t think I use that word in lieu of “apartment.” Americans who appropriate Britishisms are second only to cross country runners who claim to have “played a Division 1 sport” on my list of undesirable folk.) I arrived with a few beers and a deck of cards, ready to pitch a game of Kings along with its 10,000 rules. Immediately, the host passed me a joint. Now, I ain’t no bitch but I was pretty new to weed back then so each high was a different experience. But I figured I was in a safe space: the couch had nice cushions. I toked, coughed, and laughed. Unbeknownst to me, the joint had been dipped (?) in Ketamine. In moments, my face was turning green and my eyelids were flying at half mast (this was related to me later). After that, I sprawled on the ground and convulsed in the clutches of the drug. There is no record of how those watching reacted. Did they laugh? Whisper assurances in my ear? Tea bag my forehead? I’ll admit, I was lucky to have endured such an incident before the advent of social media. Had this happened today, I’d be known as the guy who lost his mind on ketamine and then found it again under a scrotum eye mask.

Soon, I stood up and told everyone I had to leave immediately. My friend tried to stop me, but I shook him off. He followed me out the door and that’s when I started running. I ran all the way to the river and started to was taking my shoes off in a state of madness when my buddy, fortunately, embraced me like one of those weighted blankets that comforts fitful children. He sat me down and talked to me until the drug released me, at which point we went to a “chip shop” and bought french fries and cheese slathered in burger sauce. Later, I would puke.

I understand that Ketamine can have incredibly positive effects, especially when used under supervision and for medical reasons. I suspect that a dingy, stained apartment in England—surrounded by teenagers observing tenuous connections between The Wizard of Oz synced to The Dark Side of the Moon—is not the proper setting for one’s first k-hole. Even so, there’s something empowering in surviving a drug that is meant to put livestock to sleep for surgical procedures. From my experience, if you never try Ketamine, you can live a full life. It is one box that needn’t be checked; one base that needn’t be covered; one night of scrutinizing demon corn cobs, who smirk at you from behind the skirts of their human mothers, that needn’t be scrutinized. I’m more of a dog person anyway.