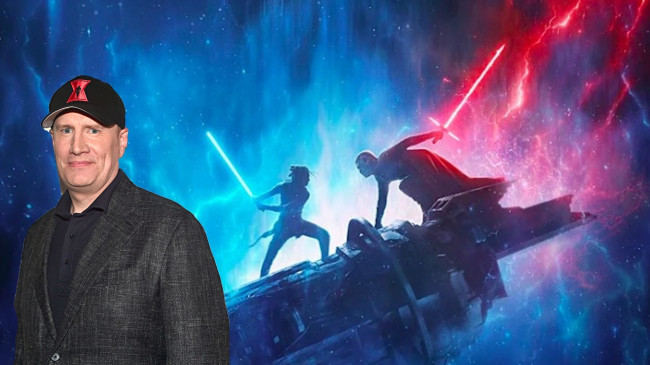 Back in September, we brought you the news that Kevin Feige — the head of Marvel Studios who was recently promoted to Chief Creative Office — would be “developing” a Star Wars film for the Mouse House.

At the time the news broke, The Hollywood Reporter stated that “some [in the film industry] see this move as a prelude to a larger role for Feige within Lucasfilm, while others say it merely reflects the Marvel executive’s passion for the franchise.”

However, this was all before the troubled release of The Rise of Skywalker.

Following the release of the ninth and final film in the Skywalker Saga back in late December, Disney and Lucasfilm have been criticized for their lack of planning and foresight due to the discrepancies between The Force Awakens, The Last Jedi, and The Rise of Skywalker.

This frustration was optimized in the return of Sith Lord Palpatine, who was used in the marketing of the film despite having never been mentioned in the previous two films.

Now finding themselves with a clean cinematic slate, rumors seem to indicate that Disney will be tasking Feige — a noted Star Wars lover and the architect of the Marvel Cinematic Universe — with developing “several” Star Wars projects.

Sources close to We Got This Covered have hinted that Feige’s involvement with Lucasfilm might extend a little further than that. This intel says that the MCU’s guardian angel will be working with the studio to develop not just one but several Star Wars-related projects, including a couple of films, TV shows for Disney Plus and even giving some input on upcoming comic books.

Disney has already turned to their MCU roster to turn around Star Wars in some respect, as Iron Man director Jon Favreau is the one who created and wrote The Mandalorian.

Given Feige’s previous success with establishing a broad and successful cinematic universe, Disney turning to the MCU mastermind to right the ship is obviously a wise move.